Your Investing Hunch Is Internet Roadkill

If you watch enough cable TV, you might get the impression that you should follow an investing hunch and trade stocks online.

Nothing could be more absurd. In fact, the true online market is a completely different animal. It’s not even bound by physics anymore. Traders these days are looking for an edge by trying to defeat the speed of light itself. 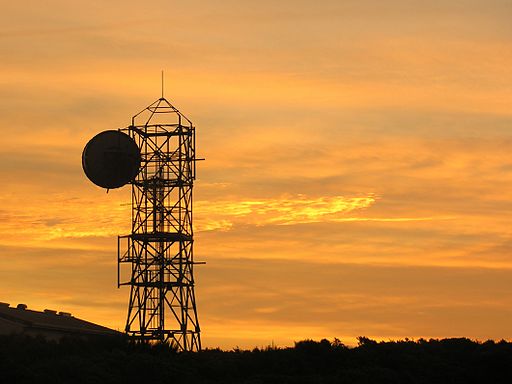 As a recent article explained, exchanges are building microwave towers in order to avoid fiber-optic cable. The problem, apparently, is that the curve of the earth itself means fiber is too slow. They need to shoot trades from tower to tower in a straight line.

Take a single second and cut it into a thousand equal pieces. Now imagine just four of those pieces. That’s the advantage being sought and financed in the form of these towers.

You and I and most everybody else not on the extremely fast track are not just trading in the slow lane. We’re bumbling around in the woods well off the highway.

You might feel you’re trading in real time when you click “buy” or “sell” at your brokerage site, but it’s not true. The order is filled and the price is agreed, sure, but you have nowhere near the level of access of these firms. Nobody does.

It’s gotten so competitive that the advantage that was once apparent in these strategies has been obliterated. As The New York Times reported last year, profits from high-frequency trading have started to fall, off 74% in 2012 from the peak in 2009.

Anecdotally, there has been a shakeout among the firms themselves. As an industry, high-frequency trading grew, peaked and matured in three years flat. Pretty amazing.

All of this is really just an indication that the extremely narrow profits to be made from momentary inaccuracies in market pricing have been completely erased by technology.

Day trading, which made no sense even in the best of times, is now 100% illusory.

This is not to say that investors should not be engaged with their money, they should. But investing is about understanding what you know and what you don’t know and probably will never know.

Apple (AAPL), for instance, has fallen to below $400 a share. Not that long ago analysts were betting it would become a $1 trillion market cap stock at better than $1,000 a share.

Similarly, not long ago many bond market gurus were predicting the end of high bond prices. Yields would rise and prices would plummet, they warned. They still might, but since those highly publicized predictions the opposite has happened.

“Nobody knows anything,” as the screenwriter and novelist William Goldman opined. He was talking about making Hollywood movies and the difficulty in picking winners, but he might easily have been talking about the stock market.

The really big takeaway for retirement investors is that it’s important to be in the market, yes, but also important to not fool yourself into thinking that you are the market.

Your ideas about what should happen next — in the coming four milliseconds, four days, four months or four years — are as equally valid as anyone’s. And equally wrong some portion of the time.

The question is, are you willing to bet on it?

Retirement Savings Strategies: Get Started
Key to Retirement Success Is Compounding
Retire Early? There's One Big Catch...
Best Investments For Retirement Planning
Five Retirement Finance Missteps You Must Avoid
5 Ways Retirement Savers Self-Sabotage
Show This Article To Someone Under 30
Do You Have Average Savings, Or Better?