Home » Investing & Your Emotions » Learning to Ignore the News

Learning to Ignore the News

Like a lot of folks, I love to feel well informed. And the Internet has made it possible to be at least moderately well-informed about nearly anything. Put another way, it’s harder than ever to ignore the news.

Five years ago, would you or I have known about strikes in Mali? Ten years ago, we would we be following the day-to-day health updates of a Venezuelan president?

Somebody would be, mostly like a subscriber to The Economist or some other international affairs publication. But not most of us, by any stretch of the imagination. 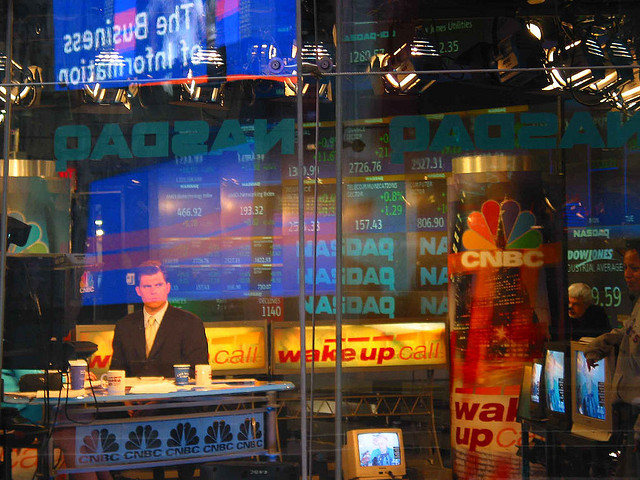 On balance, more news and information is a good thing. Knowing the details of other people’s struggles and triumphs can lead to greater sense of empathy. It certainly puts own’s own troubles in perspective.

On the other hand, we sometimes know too much. “Information overload” is a term that’s been kicking around since at least the 1970s, starting with the Alvin Toffler book Future Shock.

In simple terms, info overload means that a person inundated with data has a harder time making decisions. Swinging at a fastball is hard enough; being pelted with them makes hitting even one just about impossible.

It took the Internet, though, to really crank up the information pitching machine. We know the morning temperature in Miami, the NASCAR finishes, how to make a decent steak on a grill, the market open and close (and every tick between),  even minor tremors as they happen off the coast of Japan. Too much!

For investors, information overload often comes in the form of headlines.

That’s because the Internet “news” game is a race for attention, however momentary.  While you might think the supply of sentient readers out there is endless, it pales in comparison to the billions of web pages competing for them.

So, financial news that used to be an evening TV wrap-up of five or eight blue chips and an index has turned into a flood of data only specialists need to know. Here are five headlines from the web right now, from five different consumer news sites:

What do all of these stories have in common? It’s easy. You don’t need to read them. Seriously, you don’t.

The reason why is time. These stories are about extremely short-term data releases, which tend to be revised — sometimes drastically. Or about single companies and their narrow events, information that might be relevant to one or two very large shareholders but almost nobody else. You truly can ignore the news.

You simply can’t extrapolate an investing thesis out of any of this, nor should you try. Yet the constant drip of “news” can create the impression that you can and should take action.

A similar result occurs from watching your stocks on a web site or cellular phone. When markets rise, we get the artificial “up” feeling of winning, even though we haven’t taken action to sell shares and, thus, to realize the gains.

The same thing happens when our investments fall in market price. We start to focus on our “losses” even though we haven’t yet sold any positions, which would turn a paper loss into an actual loss of value.

In addition, the rise of exchange-traded funds (ETFs), while a major victory for small investors in terms of cost, also has made it possible to “play the index,” trading in and out of the S&P 500 willy-nilly. It’s pointless activity, yet somewhat reassuring to those who feel the need to act on the news they see and hear.

The simple, if difficult, advice is to ignore the news from the stock market, says former Yale investment board chairman Charley Ellis, author of the financial classic Winning the Loser’s Game. You’ll hear the same from passive investing pioneer Jack Bogle, founder of The Vanguard Group, who often says investors need to knock it off and stop trading so much.

Ignore the news and avoid trading. What could be easier? If you own a well-designed allocation of assets and rebalance when necessary, it is easy. Pretty soon, the minutiae of the daily financial news flow starts to appear as it really is — minutiae, unimportant in every way.

Sell in May and the London whale
October Stock Market Crash: Myths and Realities
Five Fearless Market Predictions for 2013
'Sequestration' Debate: Keep Your Head On
The Investment News from 'Lake Wobegon'
Boomerang Kid: Three Ways to Make It Pay Off
The Problem Isn't Madoff, It's You
Financial Planning For Volatile Times