Retirement Sanity: Get Off the Financial News Wheel

It has become standard fare for filling up the hours and hours of cable TV airtime: Speculation piled upon speculation. Will the euro rise or fall? Is gold safe or a danger? Who can guess the direction of stocks tomorrow, next week or next year?

If you added up all of the years of schooling of the talking heads on TV, you could probably cure any disease. The cumulative cost of their educations would finance a medium-sized nation.

Yet they are no closer to knowing what’s next than a total beginner. Why is that? More importantly, why do people pay attention to them? 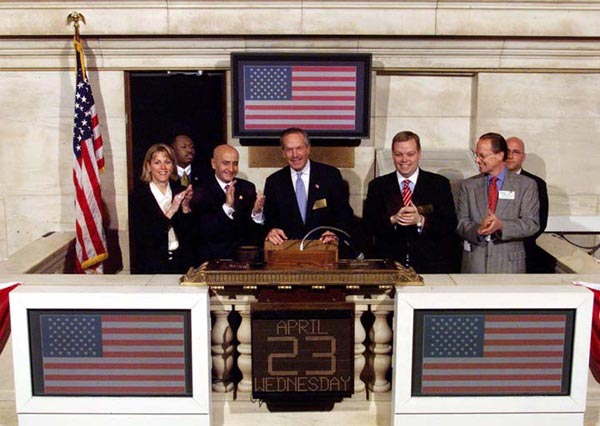 The reason the pundits don’t know what’s next is because markets are tremendously unpredictable. If they could be forecast, do you think people would be on TV sharing this information? Of course not.

If they really and truly knew what would happen next to any given investment, they’d be much wiser to keep it to themselves and invest accordingly. It’s precisely because they don’t know that they spend so much time on TV hashing it out.

We pay attention to them because we worry — a lot — about money. Getting more, keeping more, and making sure we don’t lose it all in a downturn.

That basic urge drives us toward any and all media that purport to have access to such knowledge. It drives thousands of hours of TV programming and literally millions of Internet news stories about companies, world events and the opinions of well-known gurus.

And it all adds up to zero in the end. The collective efforts of legions of active fund managers proves the point: Once you subtract their fees, the strong majority of money managers trail their own benchmarks.

Those who do exceed the benchmarks only do so for short periods. If they manage to win for a longer period, that investing style is soon found out and roundly punished by the market. It suddenly and completely fails to work and the manager often is quickly retired and the fund is shut.

Is it better to know nothing? Probably not. Being informed is not a sin. But acting rashly on investing “information” you might learn is a real obstacle to wealth creation.

Could it be the case that the market has already positioned itself in expectation of this information becoming more widely known? Are you behind the curve already? How would you know?

A famous money manager once said in an interview that he only went to investing conferences to hear what everyone else was talking about. If he heard anyone talking up an idea he was considering, that idea went immediately to the scrap heap.

If a guy at an investing conference is excited about platinum, or Eastern Europe or whatever, chances are he heard this from someone else. The trade is already outdated, and definitely outdated now that it has been shared at an open conference.

Multiply that by the reach of cable TV and you begin to get an idea of how far behind you are on the curve as a retail investor.

How Much Do I Need to Retire? Here's the Scoop
Retirement Savings Kick-Start: A Guide
Investing Basics: Traditional vs. Roth IRAs
Social Security's Role In Your Retirement Plan
Have More, Need Less: The Simple Guide To Saving
Automate Your Retirement Plan In Three Simple Steps
Retirement: 5 Things You're Doing Wrong
One Retirement Mistake You Can't Make