One of our favorite  commentators on retirement investing, Barry Ritholtz, recently wrote in The Washington Post about investors who believe that they are infallible in all markets: His refreshingly impolite word for these folks is “liars.”

They don’t seem to be doing any damage with these lies. Who cares, after all, if your windbag uncle believes he has beaten the market for 10 years running by a wide margins, despite the ridiculousness of such a claim? 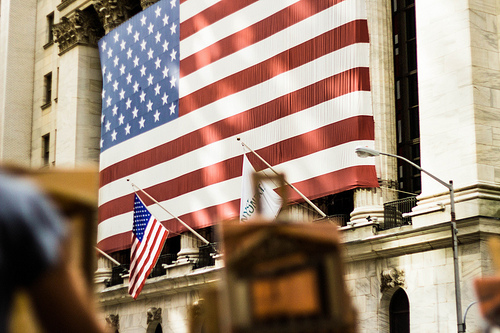 If he wants to lie about it to himself and to anyone who will listen, what’s the problem?

The problem is that it creates the impression among others that such a track record is not only easily achieved (after all, Uncle Windbag is kind of a dope) but that it’s a reasonable objective for retirement investing.

It’s not. In fact, taking unusual risks to grab performance is among the biggest dangers you face as a retirement investor.

We all know the Hollywood actor or pro athlete who talks a big game. Lots of blabbing about how their latest effort is going to kill at the box office or on the court. How their rivals are doomed.

Trash talk is fun. It’s also a useful tool for building up one’s ego for a major contest.

Everyone loves a good talker. It’s what drives the media business. Big, brash personalities — be they mayors, business tycoons or TV talk show types — are the grist in the mill of our modern life. We even celebrate some people solely for their ability to talk big, irrespective of actual value or performance.

You do not want these folks managing your money. No way.

Here’s the second problem, closely related to the first. Our investor uncle, cubicle mate or whomever we are drawn to follow when it comes to retirement investing also has a pet asset class.

You know this guy. It’s all about gold. Or owning 100% high-dividend stocks. Japan is the next boomtown. You need to exposure to oil, pronto.

And on and on it goes, into ever-narrower and illiquid asset classes. Pretty soon he’s talking up his recent successes in penny stocks. Bizarrely, you are interested enough to listen.

The really important part of earning a return for retirement investing is earning it consistently and at minimal risk. Speculators love to point backward at a given asset class and say, “See, you could have quadrupled your money in less than a year!”

Yes, and you also could have been wiped out in a week. Are you ready to put all your retirement investing money on black and spin the wheel? Probably not.

It’s called performance delusion, the continuing mirage that our best investment choices represent our total return over time. It’s a serious problem. It has a simple solution, however.

Just look at the dollars you control, after fees. It’s the bottom line on your statement. Compare it to the same number a year earlier, again net of fees.

That’s what really happened, not that slice of one asset class that did particularly well in the past 12 months.

If you are honest with yourself about your true performance, it becomes much easier to ignore the windbag investors on TV (they get paid to bluster) and around your office or the club (they’re overcompensating for something, I suppose) and simply focus on your own, risk-adjusted return.

Did you get what you expected last year? Are you on track to repeat your target performance next year with no surprises? Great! If that number is a point or two below someone else’s numbers, get over it.

The other guy isn’t telling you about the year before, when he gave it back big, or the year after, when his pet asset class forced him to round-trip back to zero.

Stick to your knitting on retirement investing and ignore the bluster, and you’ll come out ahead down the line.

Five Investments You Should Never Make
Pension Plans Beat 401(k) Savers Silly — Here's Why
What Is An Index Fund? Investing Basics
Three Ways To Kick Retirement Savings Into High Gear
Debts That Can Kill Your Retirement Plan
5 Real Tax Breaks You Must Not Miss
Show This Article To Someone Under 30
Investing Basics: Do I Need An Advisor?