Compound interest is one of the trickier concepts in retirement investing. People profess to understand it but often fail to grasp the real investing power behind the math.

Picture a lake. Lily pads grow in one corner. Assume that the number of lily pads doubles every day. 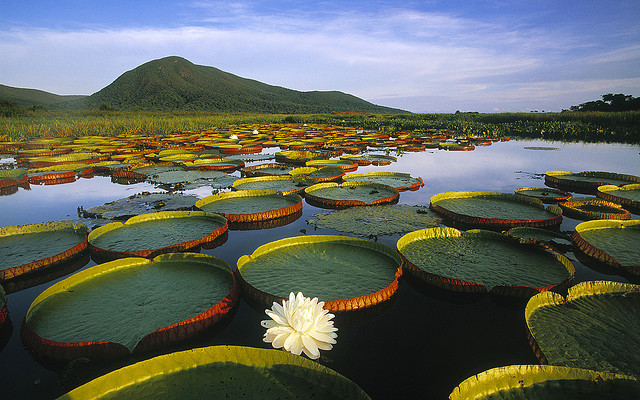 By the end of the 30th day, imagine the lake is half-filled with lily pads. How much longer will it take for the lake to be completely full? Just one more day.

That’s compounding at work. If the number doubles every day, then one becomes two, two becomes four, four becomes eight. The growth accelerates dramatically, but the really big change is late in the process. The lily pads seem to be under control at first and then they explode in number toward the end.

In terms of your retirement, picture a graph with a line starting on the bottom left. That line shows your account balance in dollars. As the line moves right it will hug the bottom of the graph for a long while.

Then, like an airplane gaining altitude, it will begin to lift. Then, very much unlike an airplane, the line eventually starts to point nearly straight up. Your retirement glider turns into a retirement rocket!

How can you put this power to work for your retirement? By saving early and periodically, by reducing the fees you pay to invest and by using a risk-adjusted portfolio.

Finally, it’s important to reduce risk as you get older. Owning a lot of stocks when you are young is sensible. A big decline in the market is an opportunity to lower your average purchase price while things are cheap.

As you near retirement, however, it’s important to move toward less volatile investments. A big decline late can lead to panic. You might end up, as many do, selling off your life’s savings at a market bottom, permanently locking in losses you can’t recover.

You can try to save more in big clumps or by banking windfalls, but growing a retirement like lily pads in a lake is the far more effective approach.

Five Investments You Should Never Make
Retirement Investing vs. 'Performance Delusion'
We're No. 19! Americans Better Start Saving More
Financial Planning For Do-It-Yourselfers
Financial Planning In Your 60s
5 Things You Can Control In Investing
How Low Fees Drive Much Bigger Returns
Give Yourself A Break From Retirement Worry