Home » Retirement Investing » How Much Is Enough to Retire? Careful Now…

How Much Is Enough to Retire? Careful Now…

What is your magic number? How much is enough to retire? A million dollars? Two million?

As people settle into their early 40s and begin to look out over the horizon of their lives, the closest and most obvious thing they see is their own parents, who typically are just starting their retirement years. 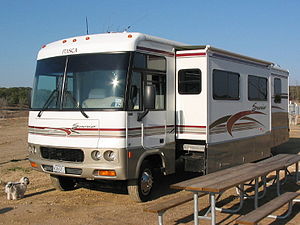 And so a middle-aged couple begins to wonder: How much is enough to retire?

CNBC recently covered the question of how much is enough to retire from an international perspective. The answer, expressed as income in U.S. dollars, ranged from $85,781 (Germany, which has a strong social safety net) to $276,150 (Dubai, which clearly does not) and every number between.

Among 13 countries, the average was $161,000, according to  Skandia International’s Wealth Sentiment Monitor. It also hinged on an exceedingly loaded question, namely, “How much income to you need to be happy?” (Americans were not surveyed by Skandia.)

Let’s make an assumption:  That all of these numbers are really equal.

After all, how much is enough to retire depends a lot on your cost of living. In a major metropolitan city in Europe, you might have access to significant collective resources that reduce your need for income, at least compared to a developing capital with limited healthcare and housing options. Food might be more or less expensive, or energy. It’s hard to say.

For now, let’s accept the international average as reasonable and apply that to our fictional American middle-age savers. To generate that kind of income, the “happiness assured” level, what might be a good target for your portfolio?

There’s a bunch of assumptions behind this result. Our couple is about 45. They have saved some and are sitting on a starting balance in tax-deferred accounts of $250,000. Their target is to quit work at 65, assuming they aren’t downsized or fall ill.

Their rate of return is 7% before retirement on $35,000 in retirement contributions per year, and their saving level increases with inflation. It is presumed that they will spend 30 years in retirement.

So, they make it, right? Not really.

Inflation is the killer. Their nominal (dollar) income is $13,723 a month, but the spending power of that money gets zapped over two decades. It will be worth about half, just $7,598 a month. That comes to $91,176 per year in real dollars, far below the “happiness” target.

In a nutshell, inflation explains the Sunbelt. It’s not just about warmer climes and country living. Retirees often simply have to find cheaper places to live. States like Florida fill up with older folks in part because of good weather — but zero state income tax, real estate exemptions and other tax breaks are a big draw, too.

How much is enough to retire ‘happy’

People who otherwise diligently save for retirement often make the fundamental error of ignoring inflation. So what would it really take to get to $161,000 and be as happy, at least on paper, as our average citizen of the fictional land between Germany and Dubai?

Or, frankly, redefine “happy” down to a number you can live with, which is exactly what people do.

Home Values by the Numbers, by Metro
Five Investing Rules from Baseball's Casey Stengel
Retirement Saving: The 1% Solution
Retire Early? There's One Big Catch...
Early IRA Withdrawal Creates Big Risks
Get Free Money in Your 401(k) Plan
Retirement: How to 'Set It And Forget It'
What Is A Target-Date Fund? Investing Basics