If you want to charge baby boomers retiring the maximum possible price for anything, the strategy is simple — reduce supply. The Rolling Stones, always keen on presenting themselves as working-class louts who get paid to misbehave, nevertheless understand economics. They’re doing just four “50th Anniversary” shows, two in London, two in the United States in New Jersey.

Tickets for the Newark show are on sale now for $813. There are reports of scalpers trying to resell them online for multiples of the official price.  (The band, to their credit, has begun to add shows in reaction to the scalping.) 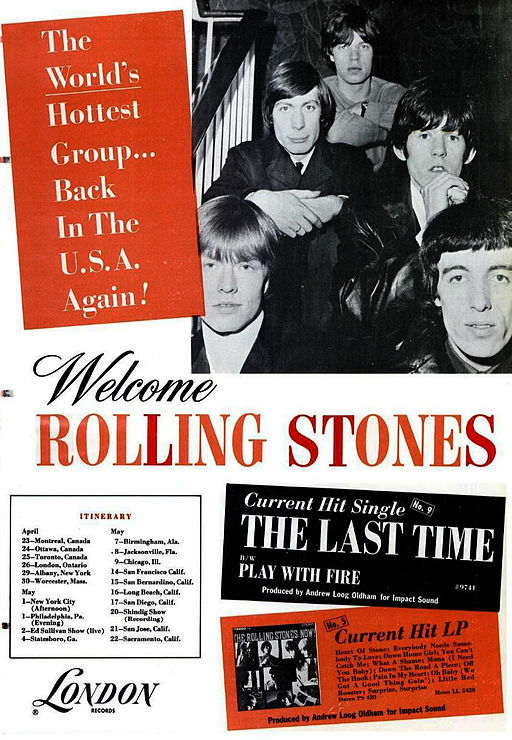 It’s nutty, but interesting when you consider the prices the boys charged for their first shows in the USA, back in the summer of 1964.

Try $6.50 a pop, or less. Those were probably pretty good seats. As big a deal as the British Invasion was at the time (the Beatles had appeared on the Ed Sullivan show only a few months before), they were still unknowns, having formed just two years earlier.

If you applied normal inflation over those years, ticket prices should be on the order of, say, $50. And you could have seen them in 2005 for as little as $75. So the Stones at the time were able to charge a 40% price premium for being, well, the Stones. But nothing really explains $813 a seat today, except temporary insanity. For what it’s worth, the cheapest seats today are $114.80.

We bring up the Rolling Stones because they are, no way around it, borderline baby boomers retiring. Mick Jagger is 69. Keith Richards is a year younger. Ronnie Wood is a relatively youthful 65. Charlie Watts is the elder statesman of the band, at 71.

We should all be so lucky to be doing what we love for as long as we like, and the Stones certainly aren’t hurting for money. Their last big tour, in support of “A Bigger Bang,” was the second-highest grossing concert tour ever (behind U2) and earned the band an inflation-adjusted $625.7 million.

It’s fun to think about the forces that drive such a massive amount of money from one hand to another. Scarcity plays a role, of course. So does the music, and the implied risk that every tour might be the last. It also doesn’t hurt that the Stones sold records and tour tickets to arguably the richest generation of humans in the history of the earth — baby boomers retiring.

All of the band’s members fall smack in the center of the baby boomers retiring cohort. You see this across the pop spectrum; the goofy costume-metal band KISS still tours (with two original members, but no matter) and rakes in the cash. Serial one-hit wonder Cher banked nearly $300 million, inflation adjusted, on her three-year-long “farewell” tour a few years back. Bruce Springsteen and Paul McCartney still tour.

And how are the baby boomers retiring, the richest humans ever, doing these days? Not so good, at least collectively.

The index tries to do something pretty simple: figure out how much in danger we are, collectively, when it comes to financing retirement. The index is crunched from data gathered by the Federal Reserve, which brought out a hefty update in 2010, well after the housing and stock market collapse.

Baby boomers retiring: You can’t always get what you want…

The reasons vary, from declining equity values in retirement portfolios to the housing collapse itself. The sharp drop in interest rates, too, dampens the ability of households to generate income from the wealth they control. Reinvested interest is part of the retirement puzzle.

With typical baby boomers retiring at 63 and life expectancy rising, Americans are headed out of the workforce with, on average, $120,000 in their 401k funds. If interest rates stay flat for years more and stocks remain volatile, many baby boomers retiring will be forced to pick up work in retirement or spend down their savings to get by, a harbinger of financial suffering to come.

What’s the answer? “Generally the most helpful step that Americans can take to help them in retirement is stay at work for five more years than they’d planned on,” Munnell told Yahoo! Finance recently.

Today, well, you know the price of gas, cars, and houses, even after the slump. All the more reason to consider an aggressive savings plan, in conjunction with a solid, simple approach to low-risk investing that will build and protect your retirement funds over time.

Online Retirement Planning Is the Answer
Retirement Savings Made Easy: One Change You Must Make
Three Things Your Investment Advisor (Likely) Won't Tell You
Financial Planning In Your 20s
3 Steps To Double Your Retirement Portfolio Safely
Fool Yourself Into Better Saving Habits
Retirement Rules Of Thumb: Good, Better, Best
Save More By Killing One Big Debt