Will you be happy in retirement? Will you have enough money? Is there such as a thing as financial happiness?

These two questions seem to be related, and they are — up to a point. Researchers have shown that having money can make a huge difference in your ability to be happy, but that the amount needed to reach that point is somewhat lower than you might guess.

Six figures? Something more? Not really.

Financial happiness is reached at about $75,000 a year, according to Princeton University experts who studied the question. 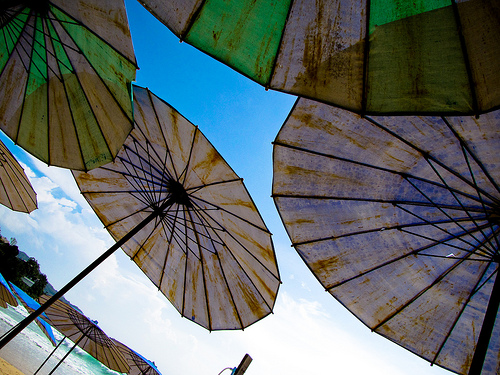 It’s better, they said, to look at the problem inversely.

In effect, you won’t be much happier for each dollar over that threshold but you probably will be less happy with each dollar under. Lacking money led to an inability to insulate yourself from the inevitable stresses and strains of life — such as illness and lack of leisure time — that can crowd in on your financial happiness.

Nevertheless, having more money didn’t incrementally increase financial happiness. Your ego might be stroked a bit if your compensation was higher — or you might simply feel pressured by the requirements on your time to keep that income up.

Once in retirement, you no longer have work to supply an outlet for your energy and mental focus, nor does an income level or a title mean much at all. Once you’re out the door, it’s back to zero and very likely starting your life over in some respects.

A daunting prospect, but one certainly made much easier by having at least enough money to be happy.

For any retirement saver, then, the really key question is: Will I have enough income to make retirement work?

Absolutely. Their first year spending is well above the “financial happiness level” at $87,255 and it rises with inflation over the next 30 years to almost $170,000 a year.

Remember, they started with zero in the bank. Aggressive saving got them safely to retirement, “financial happiness” well in hand.

Interestingly, chopping off just the last three years of work makes a pretty big dent in the curve. They have enough money to retire but it doesn’t last as long. They go broke at 85. Happiness is maintained to a point, but the risk of sudden misery in last five to 10 years is very real.

Picture the same couple with the same earning capacity and saving habits, yet they start saving at 50 years of age. They will need to put off retirement to 71 to make the numbers work out.

Add back in Social Security, and our late-blooming savers can retire sooner and stay “happy,” but not before 64.

The takeaway is that it is entirely possible for a late starter to retire on time with relative security. Being very careful with your diet and health will matter. So will prudent financial planning and serious saving.

What you cannot do is “bet the farm” on poor investments and hope it works out. The key to self-reliance in retirement is to build a prudent, realistic investment plan and then stick to it, rain or shine, over the course of the years in which you manage to work and save.

Employees get downsized. Personal financial emergencies, with kids or relatives, will happen. The economy could take a serious turn south at any time over the next 10 to 20 years. Tomorrow, perhaps.

Or not. The economy might also boom and reward patient investors with a major windfall. It’s essentially impossible to predict and pointless to worry about.

And that’s an important concept: Stress comes from trying to control things that are uncontrollable. Recognizing the difference between what you can control and what you cannot is an important step toward financial happiness in your life.