The retirement advice industry, like any growth business, is chock full of competitors. People write books offering seven rules, three steps, 10 commandments and so on. What tends to get short shrift, in our view, are the benefits of asset allocation.

The rules you read about are right, in a sense, but they’re also all wrong, too. After all, if someone could tell you with certainty how much money you needed to retire, they also would be implicitly telling you that nothing in the future will change. 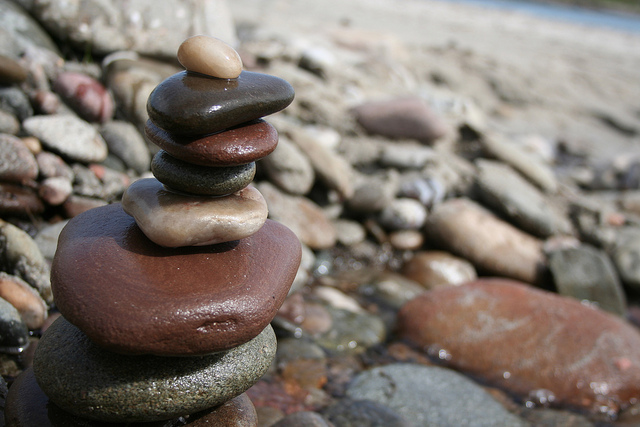 You won’t get sick and need care. Your kids won’t seek financial support as adults. There will be no market crashes nor natural disasters. Inflation won’t spiral out of control. The economy you think you understand today will look and feel exactly the same to you 30 years down the line.

The benefits of asset allocation are that correctly balanced assets tend to fend off these upheavals. Asset allocation keeps you invested regardless of what you might think is the right investing idea now. Which it almost certainly isn’t.

I don’t mean to scare you. Look, it’s scary enough to even ask yourself these kinds of questions. But it’s important to ask, and important to try to come up with some reasonable answers, at least to start. That’s where the benefits of asset allocation kick in big. It allows you to worry less about how you get there and more about taking decisions today to get started.

Fidelity Investments, for instance, recently put a number on retirement: eight. You will need eight times your final annual pay to be able to survive retirement in the most basic way. No frills, just getting by.

That’s a pretty frightening number for most people. Consider a mid-level corporate employee making, say, $48,000 and who essentially ends his or her career at about that mark.

We’ve talked about the magic retirement number recently, and for a person making six figures at retirement age, it’s really more like $3 million. If you have saved from a young age and have a couple of factors going your way already, it’s achievable, thanks to the compounding benefits of asset allocation. And it’s far better than getting by, of course.

Interestingly, it’s also far above the numbers we get from two other sources cited by The Wall Street Journal:

Christopher Jones, chief investment officer of Financial Engines, which provides services to 401(k) participants, says someone making $150,000 a year at retirement might need 12 times his salary to maintain his standard of living.

Using the number from Jones, you get $1.8 million. Using the Boston College data, it comes to over $2 million.

As you might have guessed, the bottom line here are the assumptions you make and how you define “comfortable.” One of the key benefits of asset allocation is that safe compounding can help you make your number.

Of course, a great many people will be perfectly okay with a lower standard of living in their later years. They’ll have no mortgage to pay, no college tuition to save for. Since they won’t be driving to work, gas bills are lower and cars will last them decades.

The true benefits of asset allocation

But they also face unknowns, specifically, inflation and medical care expenses. You might be wise to consider the whole “declining cost of living” argument a wash at best, and join a gym, soon.

That’s where we return, of course, to the amazing benefits of asset allocation. A correctly allocated portfolio can provide solid, steady returns over time, irrespective of the market’s twists and turns, building up the wealth you will need to stop working on time. Compounding is the key, and you can’t compound your money if you panic at a market low and sell.

Over time, one of the great benefits of asset allocation is not just in knowing that your savings are growing and compounding as efficiently and inexpensively as possible but that they are growing safely as well.

How to own property without fixing leaky sinks
3 Ways to Wreck Your Retirement Plan
Best Investments For Mid-Career Workers
Diversification: Your Portfolio's Superpower
Investing Basics: What Is Asset Allocation?
Why Investment Failures Are So Important
Bitcoin Might End Up In Your Portfolio...Someday
Investor Facts: What Is A Load?