Home » Asset Allocation » How To Invest In U.S. Bonds

How To Invest In U.S. Bonds

U.S. bond investing has a reputation for being arcane, and understandably so.

Where things get confusing for many investors is bond risk. While a U.S. bond is extremely likely to be repaid with the agreed interest, there is what’s known as “price risk,” that is, that the value of the bond itself could decline.

How? Well, bonds are traded on an open market. If you buy a bond directly from the U.S. government, say, through the Treasury Direct web site, it’s not likely that you expect to sell it ever. 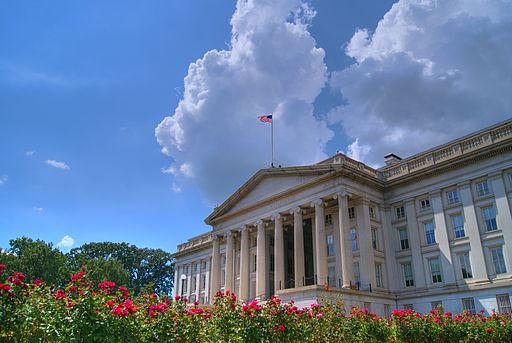 However, if you buy a bond in the financial markets, perhaps you do plan to sell it. Here’s the risk: If you buy a 10-year bond and decide to sell it one, two or even five years later, you might not be able to get the face value of your bond from another investor.

That’s what can happen in a rising interest-rate environment. As rates move higher, potential buyers of your older bond are less motivated to purchase your paper. They could just as easily buy a newer bond at a higher rate.

Of course, if interest rates fall, which they have for decades now, there is the opposite effect: Bond prices rise.

While owning bonds directly is just about the cheapest way to invest, there is a strong argument to be made for owning them via exchange-traded funds (ETFs) instead. The risks are similar but you get diverisifcation  the fee for buying a bond ETF is usually far lower than an actively managed bond mutual fund.

Here are some pointers for looking at bond ETFs:

There are dozens of flavors of bonds out there, from corporates and municipals to foreign government bonds and everything between. If what you seek is exposure to the U.S. Treasury market, make sure your ETF owns only U.S. federal government debt.

Secondly, be sure of the length of the bonds the fund holds. A U.S. bond ETF often will say right in its name the words “Treasury” and the lengths to maturity, such as 1-3 or 1-5. Read the prospectus carefully.

You might be convinced the money on fees is worth spending, but often it is not. In fact, research shows that most actively managed funds underpeform the market precisely because of the fees they charge.

Finally, know why you own bonds in the first place. Correctly managed in a well-designed portfolio, bonds can lower volatility and add to your total return. Specific ETFs can provide exposure to different parts of the bond market for this purpose or even the whole market through what’s known as a total market fund.