There’s a lot of serious data behind the performance of the Vanguard funds, but it can be boiled down to three magic words. Bear with me, we’ll get there quickly, and I’ll explain about the swimmers.

Many of you probably read the excellent profile of Jack Bogle, founder of the hugely influential Vanguard funds, in The New York Times. We at MarketRiders are great fans of the legendary investment manager. His philosophies, developed while running the Vanguard funds, inform our own outlook very strongly, even today, long after Bogle stepped down from the company he founded. 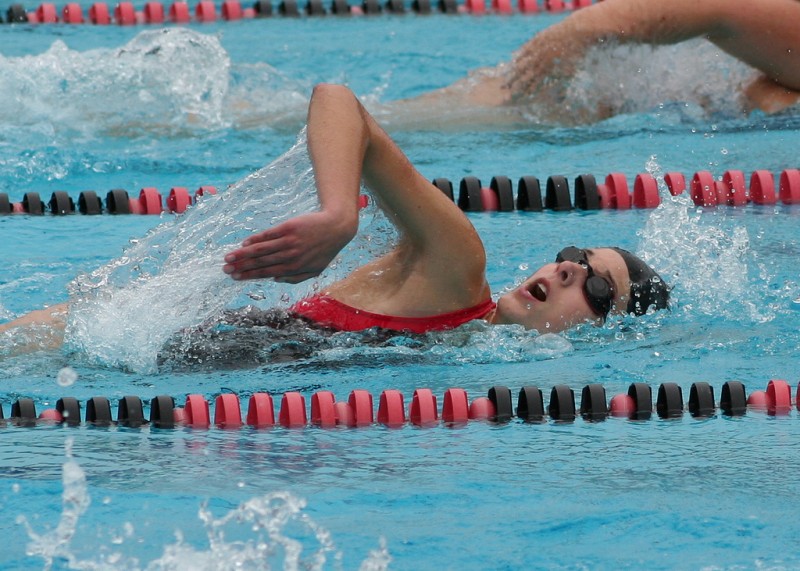 Along with other key points in the article — such as how Jack changed passive investing from being an academic curiosity to the mainstream today, or his lifelong passion for common-sense investing principles — I found one quote especially inspiring.

For a man whose career and multiple books on investing are compendiums of pithy investment insights, that’s saying something. See if you agree with me.

From The New York Times:

Mr. Bogle also tried to ensure that Vanguard funds would always be cheap to buy and hold. While Vanguard is his baby, he has never had an ownership stake in it aside from the shares he holds in its mutual funds. Vanguard fund shareholders own the place collectively because he planned it that way.

“Strategy follows structure,” he says, explaining that with no parent company or private owners to siphon profits, Vanguard can keep costs lower than anyone else. That was always his goal. “The only way anyone can really compete with us on costs is to adopt a mutual ownership structure,” he says. “I’ve been waiting all these years for someone to do it, but no one has.”

Did you catch that? Three simple words. Strategy follows structure. It’s an extremely easy thing to say, but it means so much.

I am reminded of an anecdote recently shared with me about a college swimming team. The coach wanted to raise the bar on the team’s expectations of itself. So he started getting the kids out of bed at 5 a.m. to run and then swim before class. Every day. He didn’t beg for scholarship money. He didn’t have any particular training tricks to share.

And the team didn’t change much that first year. Or the next. But by the time that initial class had moved on, the incoming freshman swimmers were getting up at 5 a.m. to run and swim without question. Because, as far as they knew, that was the way things were done.

Within a few years, the team regularly won its division. Soon, its stars began to turn into Olympians. Strategy follows structure.

Your portfolio needs a strategy, and that strategy is to have a structure in the first place. Your investment brain needs to make the important choices — buy low, sell high, keep costs down — without question and without doubt.

I don’t mean that you should turn off your mind when it comes to money. Far from it. But discipline is a tricky thing. If you can make the move to a serious, long-term discipline, a strategy focused on making the right choices, even when it would be easier to sleep in, you are on your way to becoming a champion investor.