Investors who open their web browsers or tune into TV over the next few days will be hard-pressed to avoid this inevitable headline: “October Stock Market Crash Imminent!”

In the words of Mark Twain, history doesn’t repeat, but it often rhymes. The October stock market crash has a history that may not repeat reliably, but it seems to rhyme a lot. 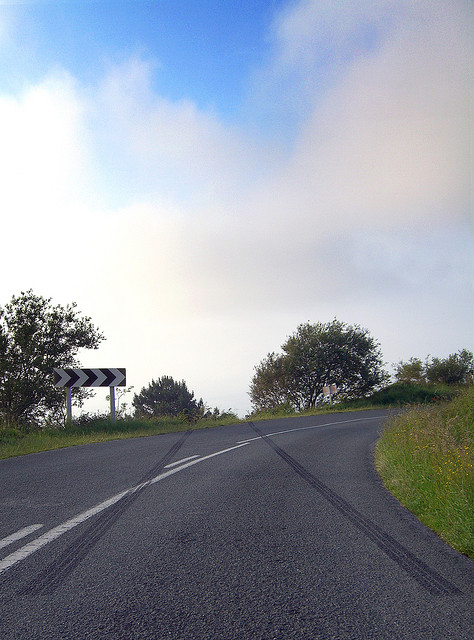 The reason you are hearing all this now is because of the October stock market crash of 1987. And because investors quite naturally feel exposed. The S&P 500 is up more than 113% from the bottom in March 2009.

That climb is overshadowed, however, if you look back five years. The index is actually down a bit more than 3.8%. Knock the timeline back 10 years, however, and the S&P is positive nearly 63%, not counting dividends you may have reinvested in either scenario.

Mark Hulbert, the newsletter guru, has this dire warning out, timed to the anniversary of the Black Monday October stock market crash:

Prepare yourself for another stock market crash as big as the free fall in October 1987.

That’s a daunting prospect indeed, since at current levels such a decline would mean the Dow Jones Industrial Average would plunge by more than 3,000 points in a single trading session.

And we’re kidding ourselves if we think that market regulatory reforms such as circuit breakers will be able to prevent it.

Hulbert goes on to introduce research from a New York University professor who makes the case that all markets, not just U.S. markets, are prone to large one-day declines. Expect at least a 20% drop eventually, says finance professor Xavier Gabaix.

How often? Well, Gabaix comes up with once every 104 years. Should you join in the panic fest? Not necessarily.

Let’s take a long view. (No, not 104 years long!) Consider having invested in the S&P 500 in 10-year spans. You buy the index and reinvest all dividends, never selling and never generating taxes.

The figures below are after inflation, so your buying power is intact. Here is your annualized return by year since you first invested until now, October 2012:

These annualized returns include Black Monday, the dot-com collapse, the 1997 Asian crisis, Enron, the credit crisis, and myriad other panics in-between. And all of the inflation as well. October stock market crash or not, your money grew and grew and grew over time.

In the same way that our strongest memories as children are often linked to pain or fear, investors dwell on the black eyes they were dealt in the past. Yet they discount entirely the recoveries that followed.

We would never make the case for anyone to stay 100% in stocks in all markets no matter what. This column is not about beating the drum for one asset class or never selling, ever.

Rather, investors should be optimistic about the positive long-term effects of staying in a variety of asset classes, including stocks, and worry less about the short-term bumps the market might — or might not — dish up.

Because markets are volatile, our own recommendations include stocks, bonds, hard assets, real estate and cash. Rebalancing is the driving force in selling decisions, not market headlines or the potential for yet another October stock market crash.

As Vanguard Group founder Jack Bogle recently put it, in an interview:

“Value is created not by stock prices, but by stock intrinsic values, by corporations that have staggering amounts of capital … they put that money to work, they earn a return on it in a competitive world. … That’s what investing is about, owning companies.”

The point is, who knows when stocks will correct or why? There’s no man behind the curtain here, marking off days in the month. There could be an October stock market crash, but plenty of Octobers pass without a peep.

When it happens, some of us might look back and feel a bit of smug satisfaction for having missed a rough patch. But far too many investors, fearful of a long downturn, instead will stay out and miss the rebound, only to buy back in too late.

As they say in sports, you miss every shot you don’t take. Allowing fear to force you out for a quarter, or even a week, could easily be the buzzer-beater you needed.

The fact is, simple compounding will turn even modest savings into wealth over the period of a working career — if that money is properly invested in a balanced portfolio of asset classes, one designed to compensate for both good times and bad, fair weather or foul.

Effect of Elections On Stocks? Keep Looking
Five Post ‘Fiscal Cliff’ Facts to Consider
Learning to Ignore the News
Do It Yourself Investing: Read This First!
The Problem Isn't Madoff, It's You
Best Investments In Unpredictable Markets
Basics: Understanding Risk-Adjusted Return
Should You Worry About The Fed?