Home » Active Versus Passive Investing » The No. 1 Individual Investing Mistake

The No. 1 Individual Investing Mistake

Let me explain: Consider, for a moment, the world of professional athletes.

If you ever get a chance to walk on a pro athletic field at game time, do it. The atmosphere is amazing. There’s an electricity in the air, the roar of the crowd, the snap and crack of equipment and bodies in motion. 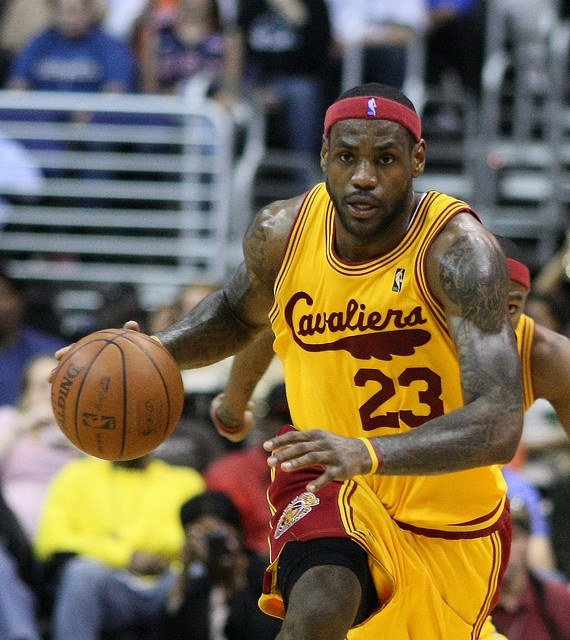 You will be excited — and uncomfortable. It’s only at that human level, being on the sidelines, court side or walking the pits of a racetrack, that you realize, “Wow, I really couldn’t do this. I am not big enough, not fast enough, not strong enough. These people are different from me in every way.”

Too bad we never get a chance to do that with Wall Street and our investments. Sure, you can take a tour of the stock exchanges, see the stream of tickers and watch jacketed specialists roam the floor. But that can feel as flat as an outdated 1980s movie.

Imagine the adrenaline surging through the veins of a pro trader. He’s shouting into three different phones. Nobody is listening to him. Prices are moving against one position, but favorably for another. The news terminal is a blur. The next 10 seconds will make or break his week, his month, his year. Unreal.

Your personal stock broker is about 10 levels removed from this world. He or she is watching a screen, maybe three. The phone rings from time to time. Being right about a given position is a matter of holding it for a longer period, of course. Your broker is less prone to stress because he or she makes a living win or lose, thanks to commissions.

You, trading at home, are about 50 times removed from what your broker experiences. If you trade on a consumer-level brokerage site online, like a fan in the nosebleed seats at the stadium or watching at a bar, your ability to “feel” the game is muffled by distance. Do you have a real-time Bloomberg terminal on your desk? Probably not. Those things cost thousands to rent, and the high-frequency traders are a million times faster anyway.

As Howard Gold pointed out recently, the overarching individual investing mistake is believing that you have an edge. Individuals really believe themselves to be superior investors, according to the research:

This is not everybody, of course — just the vast majority of those who try to actively manage or trade their own money.

Examining a huge database of trades made in Taiwan from 1992 to 2006, [UC Davis professor Brad] Barber and [UC Berkeley professor Terrance] Odean and two colleagues concluded that though the best traders could beat the market after transaction costs, “other investors underperform appropriate benchmarks by a bit more than…3.6% annually…after costs, with about half of the shortfall being traced to trading costs and half to bad stock selection.”

Let’s put this back into sports statistics. By one estimate, of the roughly 10,000 NCAA basketball players, only about 360 play pro basketball for the NBA, discounting for the moment international players and high school standouts.

Those 10,000 college ball players are selected from thousands upon thousands of secondary school hopefuls. On a given competitive high school team, perhaps half the squad thinks it will play college basketball on scholarship. Obviously, only one or two are right, and exceedingly few of those will go pro.

Avoiding the No. 1 individual investing mistake

Say you have an unusually tall son in middle school. He loves the game. You are thinking, “Hey, I might have a scholarship player here, perhaps NBA.” Not to say you shouldn’t try but, well, better put some money into that 529 plan just the same.

The investing world is no different. We are like so many Monday morning quarterbacks, full of signals the captain missed in the moment, sure our strategy would have tipped the game our way. As investors, we look at headlines that are hours behind the curve and, inexplicably, begin to think of trading moves.

Of course, in real market time a few seconds makes or breaks a trade. Hours don’t exist on Wall Street, only in our own fantasy world as individual investors.

You have an alternative. The most powerful way to profit from the unknowable forces driving the market is to ride them, rather than fight them. Building a balanced portfolio of varied assets classes and rebalancing them over time will get you safely from quarter to quarter, year to year, building wealth all the while on the inexorable force of compounding.

Worried About The Bull Market? Don't Be
Why Indexing Is Replacing Mutual Funds
Investing: Ride A Bull, Fend Off A Bear
Sell In May? June Swoon? Never Fear...
Diversification Protects Your Retirement
Volatility Is A Good Thing, Seriously
Investing Basics: Are You A Secret Market Timer?
Investor Facts: What Is A Penny Stock?