Home » Investing & Your Emotions » Ignore Your Gut Feeling On Stocks

Ignore Your Gut Feeling On Stocks

Have you ever followed your gut feeling on stocks? Did you come to regret it? Retire on the gains from it? Maybe something in-between?

Leaving aside for a moment the enormous level of risk one assumes, we often feel tempted to buy a single stock because we think we know something about it.

Maybe you’re in the same sector professionally. As the great Peter Lynch, manager of the legendary Fidelity Magellan Fund, once put it, investors should buy what they know. 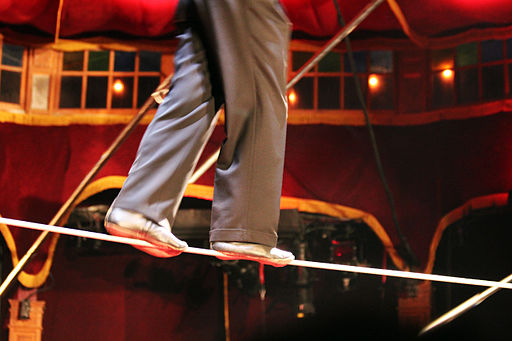 He didn’t mean buy your own firm’s stock. Rather, Lynch believes that having a job in the telecom business or manufacturing or retail means you probably know more about your firm and its competitors than a typical New York-based analyst. Enough to have an edge.

Nevertheless, that edge can cut both ways. Your knowledge of a given economic sector or understanding of an asset class — say, real estate or mining — gives you a leg up, for sure.

At the same time, however, a gut feeling on stocks floods your brain with confidence, even dangerous levels of overconfidence.

Nate Silver, the statistician best known for accurately calling the last presidential election, talked recently about the problem of overconfidence in an interview.

Referring to the behavioral finance pioneer Daniel Kahneman, Silver explained that the reason so many “experts” get things totally wrong is, in large part, because they are experts.

In short, they know too much, so much that they sometimes confuse their personal views with facts. They’re drowning in their own Kool-Aid.

Most things are fundamentally too complicated to easily guess the outcome, Silver explains. Overconfidence causes us to discount the risks and plunge ahead, only to find out later how wrong we can really be.

So, should you never buy a single company’s stock? Or invest in single asset classes? Well, that’s a bit much, perhaps.

But retirement investors should understand that the “gut feeling” they have that a stock will rise or that an asset class is due to rebound is about 50% knowledge and 50% pure emotion.

Certainty is an emotion, one that blinds you to risk. Anybody who has ever bought a stock at “the bottom” and watched it fall even farther knows this feeling.

“How could the whole market be so wrong?” you think to yourself, “Why don’t they understand the fundamentals at work here?”

The “market” doesn’t know what you personally know. But it also doesn’t overvalue what you mistakenly believe.

That’s why the market sells off some investments from time to time — until it’s the right moment to buy back in.

Investment Secrets: How to Worry More and Make Less
Portfolio Envy - Size Does Matter
How Rich People Stay Rich: A Primer
Five Post ‘Fiscal Cliff’ Facts to Consider
Are You a 'Yo-Yo Diet' Saver? Time for Simple Investing
Five Ways You Sabotage Your Savings
Should You Worry About The Fed?
Should You Worry About Rising Interest Rates?