It has been a very, very cold few months, particularly in New England. Boston is buried in snow. Niagara Falls has frozen over. Even the South is getting hit with ice.

What does this have to do with retirement investing? Everything. The thing is, despite the extreme cold in some parts of the country, we’re still living through the sixth-warmest December to January period on record, according to government data, and precipitation is well below normal.

I know, I know. Tell Boston that. But it’s just a fact of life. The extremes do not dictate the averages. They stand out, yes, but they don’t drive matters and often distract us from the facts. 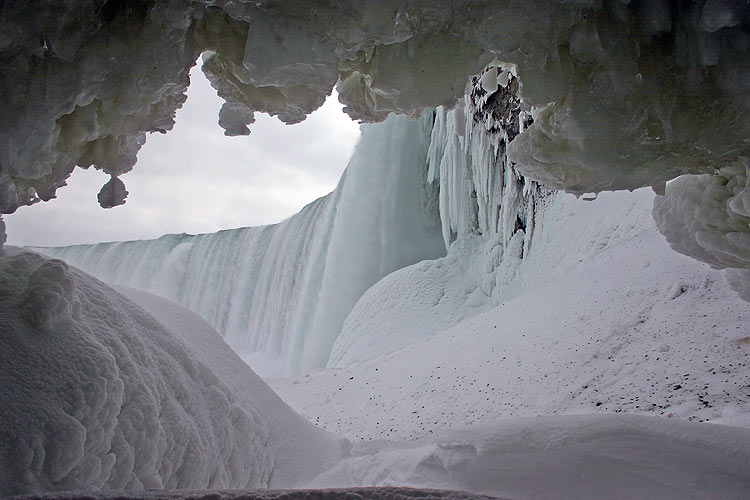 Portfolio investing is like climate, while stock picking is like weather. In that sense, a few bad investment choices can result is very, very poor outcomes if you’re not careful.

For instance, we invest with the intention of holding things until we have a decent profit and then selling, but it rarely works that way. Instead, the opposite often occurs. By concentrating risk around a small number of positions, we focus our anxiety on those few stocks.

When they rise, we feel vindicated and do not sell. Then they fall and we feel fear.

If a stock falls hard and seems to have no bottom, then we tend to panic and, somewhere near the absolute bottom, we sell. It’s that moment in the middle of the night during a big winter storm. The power goes out, the pipes freeze and we ask ourselves, “Why do we even live in this part of the country?”

Portfolio investing, in contrast, take a big step back and looks at all of the data, the highs and the lows, and appreciates the fact that some stocks go up, some go down, some generate income and some do not.

As certain asset classes come into favor, a portfolio investor recognizes that the trade is getting crowded and sells off a portion by rebalancing. That money is distributed steadily to investments that are out of favor for whatever reason.

And so the seasons, and the markets, grind on. As a long-term portfolio investor you are much less concerned about outlier moments year to year. Yes, “disasters” happen. Bad markets come and go like monsoons, unpredictable but understandable.

Being properly invested for the long run allows you to worry less about transitory events in the markets and, in time, to appreciate the true power of long-term investing. Compounding steadily builds your wealth while owning a cost-efficient, risk-adjusted portfolio positions you for all events, whatever the market “weather” of the moment.

It’s very cold right now in much of the country. But the sun will shine again and you will in time forget shoveling the walk and in fact be happy about where you happen to live. The same should go for your retirement portfolio.

ETF Traders Can't Win A Loser's Game
Financial Planning In Your 40s
Lower Your Tax Bill for Life
Starting from Zero: Build a Great Retirement Plan
Retirement: Stop Trading And Start Investing
Stocks Too High? Emotions Will Cost You
Find Your Abandoned Retirement Money
Do I Own Enough Stocks? Too Much? How To Check