How long will you live? It’s an increasingly important question to consider, especially for retirement investors worried about inflation risk. Researchers made waves in the news last week by arguing that “72 is the new 30” when it comes to longevity.

A great headline for the Internet, to be sure. What they meant by that is not that a given 72-year-old should feel and act 30, although some obviously do, but that life expectancy — that is, your odds of dying today for any reason — are about the same as they were for a 30-year-old early human. 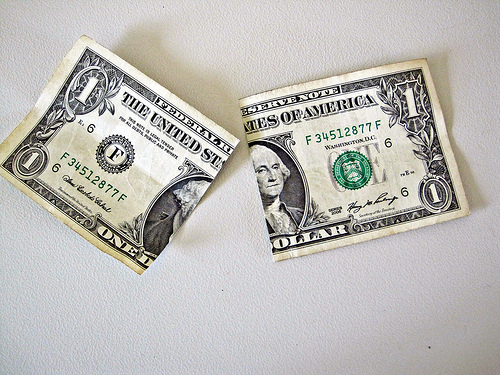 Cleaner water, better drugs and vaccines, high quality food supply, all of these trends factor into our ability to outlive the hunter-gatherers of thousands of years ago, if somehow you could stack a modern human up against a human of those times.

It’s a bit of a statistical trick, that headline. People die at 72 pretty easily from all the typical problems of old age, and they die earlier and later than that age, of course.

But let’s get down to the facts of the matter, apples-to-apples: If you make it to 65, the “traditional” retirement age, what are your chances of living longer?

Pretty good, it turns out. Here you find another interesting quirk of the numbers. The Centers for Disease Control and Prevention (CDC) puts the average American’s life expectancy at 78.7 years.

Not much more than 72, right? But that’s taking into account people of all ages, including those who die at birth, get killed in auto accidents, contract diseases as young adults, and so on.

However, if you make it to 65 (and who says you won’t?) you can expect to live another 19.2 years, according to the CDC. That puts your life expectancy to about 84.

If you live to see 75, you could last another 12.2 years, the agency calculates. That’s 87 years of living. Added up, your retirement money at 65 is going to have to last, potentially, another 22 years!

This fact illustrates what longevity scientists mean when they say that a modern human at 72 is at the same risk of death as a “young” caveman millennia ago. It can be a rough existence, sure, but your chances of sticking around aren’t that bad.

Here’s the rub: Because of inflation risk, the chances of your money sticking around with you are much, much lower.

Inflation is the simple reason why. Let’s say you retired at 65 in 1991 — exactly 22 years ago. Operation Desert Storm is going on, the Dow has topped 3,000 points for the first time, George H.W. Bush is in the White House and the Internet doesn’t really exist at all, at least in the popular sense.

You have saved up $1 million for retirement. For that money to keep pace with inflation, it would need to grow to almost $1.69 million today, never mind any withdrawals that are necessary in the meantime.

In simpler terms, anything that cost you $1 then costs $1.69 today. The values of lots of things — notably housing and gasoline — have risen and fallen over those intervening years, but that’s the aggregate of all costs.

Now, imagine yourself retiring today at 65. Is $1 million a reasonable target? If you assume that you’ll live another 20 years, expect your purchasing power to drop by half (prices will double). Again, this is irrespective of any spending you do and assumes “normal” historical inflation on average.

There are plenty of fancy calculators online to help you estimate a safe retirement withdrawal rate. But the bottom line is that your investments are going to need some risk exposure to ensure an inflation-adjusted return.

That is, you will need to beat inflation, plus a little extra, to cover your own cost of living all those years. Yet many retirees hitting 65 today seem ready to conclude that it’s time to shift to a 100% fixed-income portfolio.

Owning an all-bond portfolio presents a greater risk to your retirement than you might guess. Ten-year U.S. Treasuries pay just about the current inflation rate; long bonds pay less than historical inflation rates.

Discard for a moment price risk (being able to sell your bonds later if necessary) and credit risk (the very slight chance of a U.S. default).

What’s left is inflation risk, and it is considerable. Before going headfirst into any long-term investment plan — and 22 years is plenty long — consider all the risks you face.