Home » Investing & Your Emotions » Boomerang Kid: Three Ways to Make It Pay Off

Boomerang Kid: Three Ways to Make It Pay Off

A few recent articles tackled the issue of increasing numbers of recent grads living at home, a.k.a., the “boomerang kid.”

The ratio of 25- to 34-year-olds cohabiting with Mom and Dad is one in three now, up from 11% in 1980, reports the Pew Charitable Trusts. (Surveys vary but generally agree that it’s up overall.)

Meanwhile, unemployment is higher for those under 30, at 11.7%, and many face paying down their part of more than $1 trillion in student loan debt. Some are having a hard time covering very high rents near the jobs they do land. 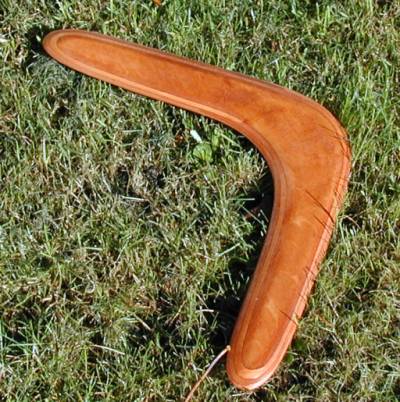 On the other hand, nearly half of boomerang kids told Pew that they pay their parents rent and even more of them help out financially in other ways, so it’s a bargain of sorts.

As a result, young Americans are finding out how young people in the rest of the world “grow up.”

For instance, many people in their 20s and 30s or even older in developing Asia and Latin America live at home well after finishing college. Extended families under a single roof are normal nearly everywhere else.

That’s not to make a value judgement either way. Being independent early can bring some advantages, though it’s  a costly lesson for those in the high-rent areas, such as Manhattan.

Likewise, a boomerang kid is not necessarily a slacker. Some set short-term financial goals only achievable by getting another year or two of living under a parent’s roof. Saving for more schooling, for instance, or a down payment on a house.

Simultaneously, the current generation of young workers and savers has some interesting characteristics on their own. An Accenture survey found that they think of themselves as “conservative” investors.

Yet conservative doesn’t mean “non-investor,” since so many of them are being automatically enrolled in 401(k) plans through work. They probably shouldn’t be quite so gun-shy about investing in stocks, for instance, since their time horizons are the longest of us all.

Considering these trends, younger savers living at home could do three things to really make a difference in their long-term outlook and the retirement prospects of their medium-term hosts, good old Mom and Pop.

Being a good boomerang kid

Here’s some financial advice for them, or for you to pass along if you’re the hosting parent:

1) Consider how your living at home will impact your parents’ ability to retire on time. They’ll never bring it up, but the cost of keeping you afloat might be punching a big hole in their plan. If you have a job or other income, find a way to make your presence “cost neutral” while you’re there.

That might be buying your own food and paying part of the utilities, or simply renting back your old room at market rates.

2) Figure out how to have something to show for the short-term advantage of a lower cost of living. Up your 401(k) contributions, build an emergency cash fund and set aside money for your eventual escape to a place of your own.

3) Do not outstay your welcome. Much like you would sign a lease with a landlord, come to an agreement with your parents about how and when you’ll exit their home.

That’s also a good time to explain how your saving and good behavior will benefit them down the line in terms of your ability to fend for yourself and be financially stable as an adult, a time when they might need to turn back to you for support in old age.

How to Manage Your Investment Anxiety
How Wealthy People Invest With Less Risk
Are You a 'Yo-Yo Diet' Saver? Time for Simple Investing
When Is A Stock Cheap? Here's A Useful Clue
Invest In Stocks, Even If Prices Rise
Investing When Everything Seems Expensive
Investing: Nothing To Fear But Fear Itself
What's The Best Way To Reduce Debt Quickly?