Home » Asset Allocation » Stocks Are Bouncing Around, So What Should You Do Now?

Stocks Are Bouncing Around, So What Should You Do Now?

The headlines range from mildly frightening to downright gruesome.

Stocks drop hundreds of points in the morning just to rise back up by afternoon. Words like “crash” and “recession” tumble from the mouths of TV market pundits.

These swings can seem wild, but let’s put them into perspective. The Dow Jones Industrial Average is on a scale of tens of thousands.

When you hear that a stock market has fallen by, say, 400 points, it’s really important to ask which index. If it’s the S&P, that kind of decline could be important.

If it’s the Dow, well, that’s kind of close to a typical move any given day of the week. 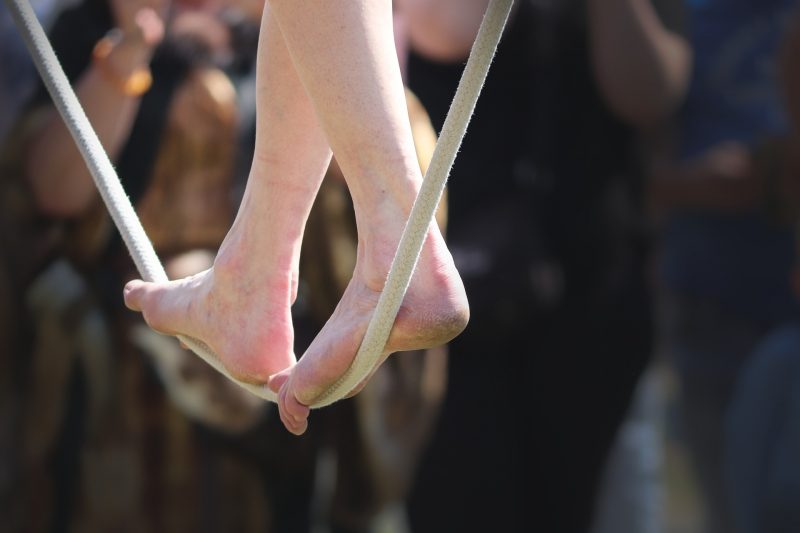 It’s also very easy to lose sight of how markets do over several days, weeks and months. A stock index that’s down 1,000 points in week might still be having a banner year compared to the previous few years.

Likewise, the fact that stocks are going up and down a lot doesn’t mean that you have made or lost money. Journalists love to talk about a sharp drop in stock values as having “erased trillions in wealth.”

It’s just not true. You only book a loss (or gain) on a stock if you choose to sell it for less than you paid.

For many long-term investors, that a blue chip manufacturer they have owned since 1979 fell to $100 a share from $110 isn’t material. They probably bought the stock for $9 and allowed the dividends to reinvest for decades.

Second, always remember that if a stock falls in value it’s because there were more seller than buyers, but that in fact there were buyers.

The only way a stock price moves either direction is on this supply and demand equation. But the fact that a stock price fell doesn’t mean the company is failing or worthless. If someone sold the stock, that means someone else bought it.

That buyer clearly saw a bargain and jumped on it. Otherwise, the valuations of stocks would drop to zero and never recover.

That can happen in the case of bankruptcy or fraud, but it’s rare. Instead, what typically happens is that a stock goes down and finds buyers, then it recovers somewhat.

True long-term investors pay less attention to the day-to-day movement of stocks and more to what’s known as “reversion to the mean.”

Broadly speaking, reversion to the mean is simply the fact that an investment is more likely to trade at a price near its long-term average than extremes in either direction.

That long-term average does in fact rise. Very long-term academic studies of U.S. stocks show that they tend to return about double the rate of inflation. Bonds, gold and cash return far less over time.

If you think about it, that makes sense. If a company cannot be profitable at a level that handily beats inflation, people wouldn’t invest in it at all. They’d be better off in a government bond.

That risk brings with it volatility — the up and down movement in price over time — that new investors tend to equate with danger.

In fact, the more volatile asset types are often the big winners over time. The additional risk brings with it more reward. You just have to manage to hang on and not sell simply because of price swings.

The best way to balance out volatility is to own a wide variety of investments in several categories, what’s known as diversification.

If you own enough stocks your risk is lowered in large part because you don’t own enough of any one stock to really get upset if it declines. That reduces the risk that you’ll panic at a low point and sell before reversion to the mean kicks in.

So stocks are bouncing around. Should you do something?

In word, no. If the headlines are bugging you, either turn off the TV and go take a walk, or consider owning less stocks.