Home » Retirement Investing » Your Home Is Not A Retirement Piggy Bank

Your Home Is Not A Retirement Piggy Bank

The investment bank J.P. Morgan recently released an interesting, very lengthy report on the state of the markets. Compelling reading, but the really arresting chart was all the way out on slide No. 65.

On that page, you learn the long-term performance statistics of a number of different asset classes. Here’s a simple list version of the chart:

That’s what happened from 1993 through 2012, according to data gathered by market research firm Dalbar and cited by J.P. Morgan in its report. People tend to focus on the last item, the relative performance of the average mutual fund investor.

That’s a terrible result, I know, but I want to point out instead the two entries just above, inflation and home prices. 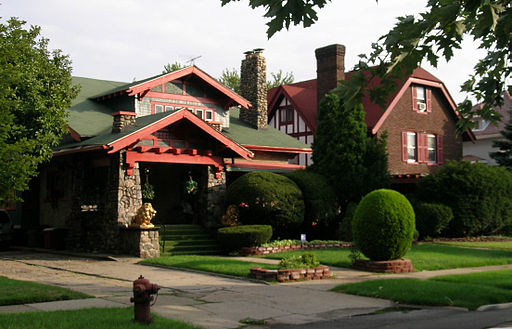 All investing at its root has the same goal, to beat inflation by a wide enough margin to allow your savings to grow by compounding in a reasonable period of time. Given that most people save for 20 to 30 years in order to retire, that is what we have to consider “reasonable.”

So, your target is double, double again and maybe double one more time. One becomes two, two becomes four, then becomes eight.

What many people do instead is focus on the single biggest asset in their lives, their home. That’s not a bad thing. Owning a home can be a great deal, since you get to live in it while you pay it off and the taxes and interest are deductible.

But you shouldn’t confuse owning a home with real retirement savings. Even if you plan to downsize, the amount cash you might realize in a sale and repurchase will not be significant.

Meanwhile, your home “investment” is only growing at about the rate of inflation, which is to say, by nearly zero.

Your return goal should be to safely double your savings every decade. That would require you to earn at least 7.2%. Add in normal inflation, and your goal becomes something closer to 10%.

Can you do that these days? The short answer is yes. An all-stock portfolio in the years from 1950 through 2013, a period which included every major market crash and hiccup in modern times, nevertheless gained 11% annualized.

The real trick is owning enough stocks early, when those market declines are opportunities to buy rather than a headache to endure, then slowly move over to a less-volatile mix of income investments as you age.

That type of portfolio management is getting easier and easier to do at greatly reduced cost, thanks to ETFs and simple online software. So, yes, buy a home and keep it repaired and enjoy those tax breaks year after year.

Just don’t bet your retirement on it.

Is Your 401k A Total Scam?
A Retirement Plan for Any Market
Avoid These Investment Stumbling Blocks
Hiring An Advisor: 4 Due Diligence Steps
Stocks Too High? Emotions Will Cost You
When Is It Time To Sell An Investment?
It's Not Different This Time
You Won't Retire On A Hot Stock Tip