One of the more appealing ideas in individual investing is the “sector focus,” especially ETF sector investing. The notion is that, at any given moment in the business cycle, an astute investor can sense when a part of the economy is out of step. Fairly or unfairly, the market can seem to have undervalued (or overvalued) a huge selection of companies. Buy the right ETF and, boom! profit.

ETF sector investing reminds one of the moment in “The Graduate” when the vacuous young student, played by Dustin Hoffman, is taken aside at a cocktail party by an older and wiser businessman. This often-quoted exchange occurs:

It’s easy to understand the young student’s confusion. Plastics? Today the petroleum-based material is literally everywhere, so much so that it has become invisible to us. At the time of the movie, the late 1960s, people still used wooden hangers, ceramic bowls, and the interiors of cars were largely metal or wood, perhaps with a covering of vinyl.

Mr. McGuire was absolutely right, of course. But it’s very easy in retrospect to select an outcome and say, “Well, of course!” What’s harder, much harder in terms of ETF sector investing, is being consistently right and making money at being right. The plastics revolution, after all, didn’t occur a few years later. It took decades to blossom. Plenty of companies in the business came and went in the process. 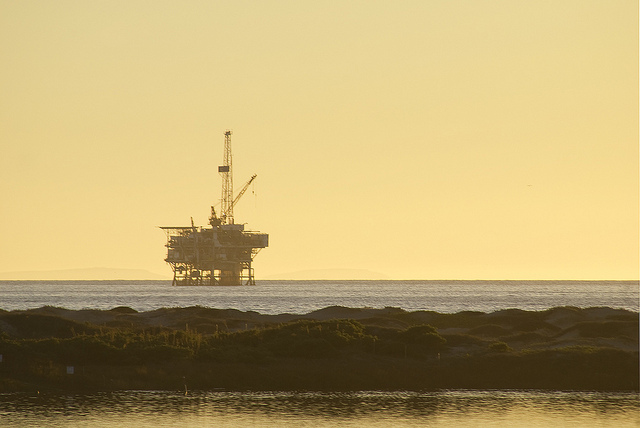 Think back, for instance, to the years just after. The oil embargo 1970s. Gas lines around the block. The oil shock pushed a lot of countries to force car makers to modernize, cut weight in cars and improve mileage. Some of that was consumer demand, some was government regulation. Plastic played a role in improving safety and mileage.

But what if we stopped importing oil? Sounds absolutely impossible, particularly if you lived in the United States during the last 30 years. Energy independence has the hollow ring of political campaigns and hopeful marketing, not reality as we know it.

Yet, it could happen, according to the International Energy Agency:

The United States, which currently imports around 20% of its total energy needs, becomes all but self‐sufficient in net terms by 2035 thanks to rising production of oil, shale gas and bioenergy, and improved fuel efficiency in transport. Falling U.S. oil imports mean that North America becomes a net oil exporter by around 2030. This accelerates the ongoing shift in the international oil trade toward Asian markets, putting greater focus on the security of strategic routes that link them to the Middle East.

Oil companies, of course, will sell crude at market prices. But one of the more compelling arguments you are likely to find in investment circles is the idea of “peak oil,” that is, the stacks of evidence that the world will simply run out of cheap fossil fuels to exploit. Dig a little and you will quickly find similar arguments for “peak gold” and even “peak water.” It dramatizes ETF sector investing to the ultimate degree: You could corner the market, if you play it right!

Conservation is a serious topic. Developing efficient and responsible ways to consume the planet’s resources, including renewable energy, is a huge and important matter. And we are vastly more efficient than even a decade ago. But the investment arguments you hear on both sides of the equation — that we’re swimming in oil or that the well is about to run dry — suffer from the “plastics” delusion, at least as an ETF sector investing thesis.

We don’t really know how pervasive oil consumption will be in five years, or 10. How efficient vehicles could become, or if they might run on breakthrough battery power charged up with solar panels and the oceans of natural gas we now command here at home. ETF sector investing, like all speculation, works best in reverse, looking backward at what happened, not forward at what might.

More importantly, finding the right companies on which to place your bets is a hazardous process, to say the least. Dow Chemical might have been a good investment at the time of “The Graduate.” On the other hand, a few dozen other chemical companies went nowhere or went bust. ETF sector investing helps you by asking you to buy the sector, not one company, but you still have to be right about the sector and stay right long enough to matter.

You might be able to correctly invest for the energy future we face today. But if you had invested on the supposition that oil prices would permanently rise into the future on diminished supply, you probably are rethinking that approach about now.

As retirement investors interested in ETF sector investing, we would update the movie line to go something like this:

As for Benjamin’s last question, we mean owning whole markets and letting rebalancing help you profit over time by selling off your winners in a programmatic way. It’s not as exciting as getting a hot tip at a cocktail party, but it is a much better way to build wealth over time.

3 reasons why you aren’t diversified
How to Invest In Emerging Markets
How To Invest In U.S. Bonds
Best Investments For Mid-Career Workers
3 Fundamental Investments You Need
Index Funds Work Better Together
Why You Need A Permanent Investment Portfolio
Stock Market Volatility: What Matters Behind the Wheel