Bond mutual fund risks are one of the more subtle ironies of investing. Mutual funds in general are part of an industry in which few things are what they seem: Broke banks spend millions to portray themselves as strong. Commission-driven “financial supermarket” advisory firms flood the airwaves with feel-good pitches about their personal concern for your well-being.

Financial advisers and experts caution that investors should make sure they know how far their bond funds are straying from their benchmarks, and what the funds are investing in. In many cases, the funds that stray the most are taking the biggest risks.

The most popular bond-fund benchmark, the Barclays U.S. Aggregate Bond Index, is about 57% invested in U.S. Treasurys and investment-grade bonds.

But many bond funds that compare themselves with the Barclays index are investing in bank loans, high-yield bonds and emerging market debt—riskier investments that aren’t reflected in the index at all.

If you wanted to simply own a bond, of course, you could buy one directly, either from the U.S. government or from an issuer through your online brokerage, completely avoiding bond mutual fund risks. Essentially, only two types of investors need a bond mutual fund: A person with a small amount of money to invest, or someone who thinks a bond manager is worth his or her pay. 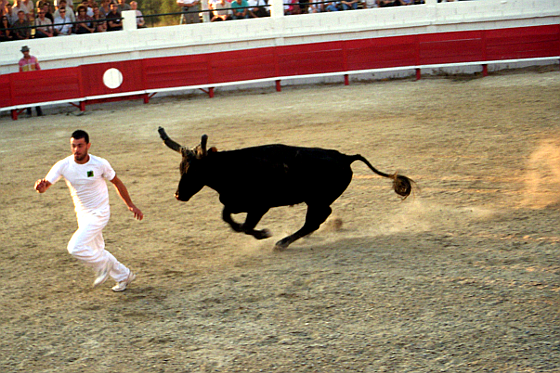 The low-level investor’s problem is easy to understand. Bond brokers don’t want to chase tiny deposits and be at the beck and call of small-potatoes clients, so they set account minimums. The small investor could go instead to the U.S. Treasury and buy bonds for themselves, via TreasuryDirect.gov.

The larger bond fund buyer, meanwhile, has a different problem. Buying a bond mutual fund implies a fundamental contradiction in terms: Be conservative with my money, say investors, but be sure to beat the index.

In theory, bond mutual fund risks should be zero. All a bond fund manager does all day is watch expiring bonds mature then reinvest that cash in a calculated manner that balances return (the interest rate paid) against risk (the chance that rates will rise and push down bond prices). A computer could just about do the job. In many cases, computers do.

So what’s the risk? Well, you have to pay that bond fund manager. Actively managed bond fund fees have been falling, according to data from the Investment Company Institute (ICI), a mutual fund trade group. Fund fees in 2011 averaged 66 basis points, compared to 82 basis points in 1997.

What that means is that your bond fund manager starts his or her day, every day, already in the hole. Their own expense ratio saps the return.

Unsurprisingly, that manager now has two dangerous incentives dangling in front of them. First, they have to step out of their comfort zone just to make up their own fees. That’s one source of bond mutual fund risks.

Second, they need to compete for business. Bond mutual fund risks stem very much from the Wall Street ethos of winner-take-all. Managers know that their pay is related to growing assets under management, and that only happens because investors see better performance. Not just index beating, but category beating, too.

Where do you get that “better” performance? By taking positions that fall outside your risk box, hoping to juice returns just enough to outperform. They grab the bull by the horns and hope not to get gored.

Meeting a benchmark is no longer an honorable goal. It’s forfeiting the asset-gathering game. The result is all too predictable: Two-thirds of actively managed bond mutual funds lose money compared to the broader bond universe, and that’s mostly because of fees, according to a recent study by Vanguard Group, based on Morningstar data.

The logical response to bond mutual fund risks is not to play the game. Passively managed index bond funds, for instance, charge on average just 13 basis points, down from 21 points back in 1997, according to ICI.

If you are concerned about bond mutual fund risks, the fundamental question to ask yourself is, what do you expect a manager to do? Take the fee and buy the benchmark?

If so, why pay the fee at all? You could build a solid bond fund portfolio at a minuscule cost and actually get the bond exposure you asked for, no extra risk necessary.

How To Own Real Estate Without Fixing Toilets
ETFs Keep Uncle Sam and Wall Street at Bay
Investors Win as ETF Wars Heat Up
ETF Portfolio Management Made Easy
ETFs vs. Index Funds: Which Are for You?
Three Risky ETFs: Protect Yourself Now
ETF Funds That Generate Income For Your Portfolio
ETF Funds For Near Retirees