2014: A Case For ETF Portfolio Investing

Now that the year is behind us and we have some nice round numbers, it’s a good time to look back and understand how building an ETF portfolio really works.

For this experiment, let’s use some widely held ETFs that track the major market benchmarks. The bottom line is simple: Taken in 12-month cycles, asset classes always surprise us. Things go in and out of fashion at different paces, but the big winner in any given year is never what we expect.

As a proxy, consider the SPDR S&P 500 ETF (SPY), which tracks the benchmark of the same name. It closed 2014 up 11.8%, well above the long-run performance of stocks. It was a bit of surprise result, considering that most pundits felt that stocks were due to slip after such a big run in 2013.

Here we’re looking at the iShares Barclays Aggregate Bond Fund (AGG), which is often used as a benchmark for bond fund managers. As a “total market” fund, it is meant to reflect not Treasuries but the entire investment grade U.S. bond market. It finished up 3.47%. Not bad at all, considering that many traders were signing the death warrant for bonds 12 months back. 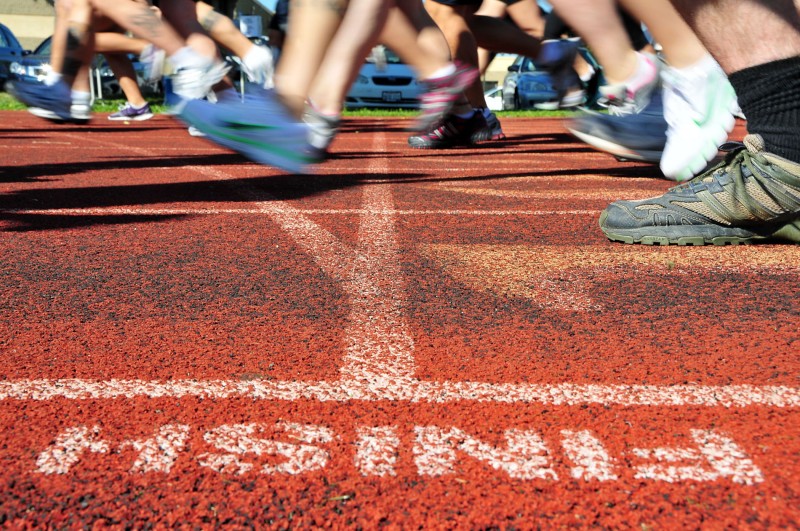 Here’s where things fell apart, in theory. As a proxy, consider the iShares MSCI EAFE Index Fund (EFA), which follows a broad array of globalized companies based in Europe, Australia and the Far East. This is Nestle, Novartis, Toyota and Bayer, among other major foreign industrials. It closed down 8.6% for the year.

On the flip side, government debt in foreign lands was a winner in 2014. Consider the Vanguard Total International Bond ETF (BNDX). It holds investment grade bonds not denominated in dollars. This fund returned 8.76% for the period.

At this point,  I could drill down into a half-dozen alternative choices to these funds, all of them inexpensive index funds trading as ETFs. And a typical money manager might begin to talk about where to “overweight” next.

There’s the rub. He or she really has no idea where to invest next, any more than they could guess the number of beans in a jar or the weight of a calf at a county fair. It takes a market of millions to determine these outcomes, and nobody gets a peek in advance.

Will foreign stocks roar back, or sink further? Is the performance of U.S. bonds a sign of capital markets strength or a signal that the bond market has topped? Nobody knows.

I do know this: U.S. stocks have a way of grinding higher and higher over the decades. Demand for U.S. debt, while not bottomless, is far less volatile than demand for corporate debt or foreign debt.

Owning a portfolio means holding those assets in a broadly diversified way and letting the outcomes dictate your next move. If the market bids up one asset class, you sell your gains and redistribute the money into the relative “losers” you hold.

That’s selling high and buying low. Along with keeping costs down and staying focused, that’s how you build a retirement for the long run.

Schwab could be ETF investors’ new Vanguard
The Underestimated Power Of Index Fund Investing
You Will Not Beat The Market, Virtually No One Does
The Case For Ignoring Your Retirement Plan
Have More, Need Less: The Simple Guide To Saving
Stocks Keep Rising, Should You Worry?
The Only Free Lunch In Investing
How Low Fees Drive Much Bigger Returns