Twelve Grand Slam singles titles. That’s how many times Rafael Nadal has won a tennis major, putting him tied at No. 3 in the world, behind Roger Federer and Pete Sampras. Yet he lost his opening Wimbledon match to a player currently ranked 135th.

He’s injured, yes. But Nadal won the French Open only a few weeks ago. His Wimbledon opponent, a Belgian named Steve Darcis, played a great game but conceded that Nadal wasn’t playing his absolute best. 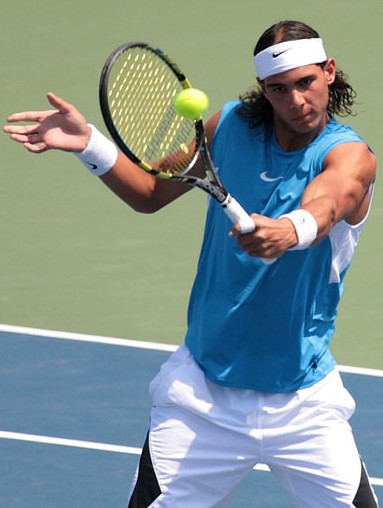 What does this mean for retirement savers? Well, consider the tennis metaphor long used by Charley Ellis, author of Winning the Loser’s Game. Ellis is a longtime adviser to institutional investors, foundations and government organizations around the world. He sat on the board of The Vanguard Group and chaired the investment committee of the Yale University endowment.

His best-known attempt to explain passive investing came in a 1975 article in the Financial Analysts Journal. Titled simply “The Loser’s Game,” it became the basis for his bestselling book.

The tennis connection is simple: The number of tennis players who have the skill required to “win” at tennis is exceedingly small. Being able to put the ball just past your opponent’s reach at high speeds is not only unusually difficult but, crucially, to maintain that level of competitiveness is close to impossible.

Instead, Ellis asserts, the majority of enthusiasts should play consistent tennis in line with their ability. Just put the ball across the net, over and over. In time, your opponent will overreach, handing you the point.

In the same way, investing successfully, particularly for retirement savers, has turned into a loser’s game. Ellis strongly believes that the factors that most predict success in a long-term retirement plan are lower costs and avoiding trading mistakes. Thus, he contends,  investors should use low-cost, diversified index funds over more expensive, actively managed funds.

In effect, Ellis says, one should quit trying to beat the market. Instead, keep up with the market using low-cost funds and simple techniques such as rebalancing. You won’t be able to brag about your latest investment moves, but you won’t be flaming out, either. In fact, you’ll do just fine.

A few seasons in the sun in pro sports is glorious, but the descent into the middle of the pack and even out of a sport can be strikingly swift. Ask any Olympic medalist. Repeating gold is rare, the stuff of legends.

Now, look out over the field of famous money manager names. Think of anyone who was the toast of the town five years, 10 years, even two years ago. How many are still making headlines? How many are wiped out, retired or simply off the radar? Nadal could roar back. So can any given active money manager.

It’s just that, far too often, the story is predictably less glorious.

Five Investing Rules from Baseball's Casey Stengel
Find a Financial Adviser Using One Benchmark
What Wealthy Investors Know About Lowering Investment Risk
Financial Planning In Your 20s
5 Retirement Busters And How To Manage Them
Starting from Zero: Build a Great Retirement Plan
Three Easy Retirement Rules of Thumb
No Emergency Fund? How to Get Started