Home » Investing & Your Emotions » Should the Government Force You to Save More?

Should the Government Force You to Save More?

The president of Fidelity Investments, a man you almost certainly have never heard of, made some news this week with the unstartling argument that Americans should save more. Much more.

The startling part, at least for some, is that the gentleman, Ronald O’Hanley, suggested that government should just about force Americans to save more.

O’Hanley argued in a speech that workers should be required by default to set aside 6% of their earnings for the long term. Legislation passed in 2006 made 3% the “default” rate for 401(k) plans, a level from which workers can opt-out.

“The proverbial four-legged stool — consisting of Social Security, traditional pension plans, defined contribution plans and personal savings — is wobbly at best, and by and large does not exist for most Americans,” O’Hanley said, although he believes the opt-out clause should remain.

Leaving aside for a moment the obvious conflict of interest† — O’Hanley is in charge of the country’s second-largest mutual fund company and the largest national administrator of workplace retirement plans — it’s hard to say he’s wrong. Americans should save more, and inertia is our biggest enemy when it comes to putting money away.

If all those folks also had pensions and large taxable accounts, plus Social Security, it might not be such bad news. 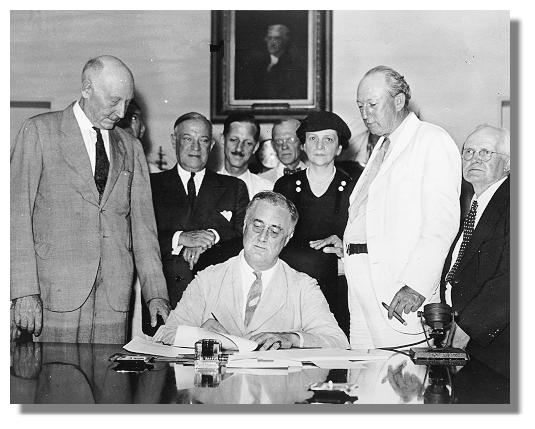 But that just isn’t the case. According to one analysis, Americans age 65 and older relied on government retirement benefits for nearly 40% of their income; another nearly 20% came from pensions and annuities; about 25% from working income; and just 13% from invested assets.

If a recession knocks that retirement job away, that’s a huge gap to fill, one that just isn’t going to be closed by any of the other sources. Pensions and annuities are fixed, Social Security could end up being worth less over time, and retirement assets held by older workers simply won’t grow fast enough to make up the gap.

Put another way, the “four-legged stool” of which O’Hanley speaks really has three legs and a retirement job to make it work. In many cases, it’s two legs or even one. Talk about wobbly!

So, should the government force Americans to save more? Can it?

The answer is yes, the government can require 401(k) plans to set a “default” savings rate. It already did with previously legislation setting the number at 3% of income. Setting it higher wouldn’t be a stretch.

The case for being forced to save more

Should it? Well, if the budget debate going on in Washington is any indication, something should be done. The amount of money you will get from Social Security is a pittance, just $1,230 a month on average in 2012, according to the Social Security Administration.

Estimates vary, but a “comfortable retirement” necessitates savings that equal at least 15 times your final annual salary and probably better at 25 times that number.

A diligent saver who starts young can achieve this goal, but only if he or she invests prudently and has the patience to see a retirement savings plan through to the end.

A nudge from the government in the form of tax savings through a 401(k) or IRA is a great thing, but it might take an even bigger nudge to get many of us to do the right thing for ourselves and save more.

† Disclosure: Yes, I also manage money and yes, that means I too would benefit if more Americans saved in retirement plans and chose our firms to help them do so.

How to Manage Your Investment Anxiety
Sell in May and the London whale
Effect of Elections On Stocks? Keep Looking
Five Post ‘Fiscal Cliff’ Facts to Consider
The Problem Isn't Madoff, It's You
Financial Planning For Volatile Times
Investor Facts: What Is Beta?
Should You Worry About Rising Interest Rates?