Home » Uncategorized » Nearing 50? Time To Get Serious About Retirement Investing

Nearing 50? Time To Get Serious About Retirement Investing

There’s no way around it. At 50, you’re officially in crunch time when it comes to retirement.

A lifetime of money habits makes itself abundantly clear. Your financial future depends on a candid assessment of how well you’ve stuck to planning thus far.

If you’re among the roughly six out of 10 individuals who has never tried to calculate what they need in retirement, do it pronto.

That figure is like a destination on a road map, giving you direction as you save, invest and create your overall financial plan.  If you set a retirement savings goal, but you forgot about it, it’s time to dust it off for a careful review.

First item for consideration: Your savings and investments thus far. Hopefully, you’ve been stashing funds consistently, making maximum contributions to things like 401(k) plans and IRAs as well as other accounts. 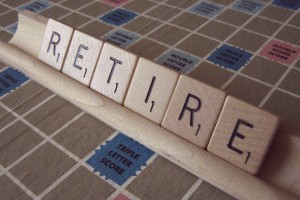 These days, individuals 55 and older are on track to replace roughly 55 percent of their income during retirement with personal savings, Social Security and pension income, according to a recent study by Fidelity Research Institute.

That means they’ll have to live on 45 percent less once they retire than they currently do while working.

What’s adequate? That depends on your lifestyle and expenses, potential medical bills, and the kind of support you’ll have from, say, a pension plan and Social Security.

But as you review your savings goals, be careful not to set the bar too low. Many current retirees say they underestimated their spending and expenses increased in retirement rather than went down, according to a report from Fidelity Research Institute.

One of the first things a pro will encourage you to do? Keep saving. If you’re still working and over 50, there’s good news to help you catch up.

You can begin putting more money into tax-sheltered retirement accounts.

Nevertheless, savings and investments alone may not be enough to adequately fund your retirement. Planning also means making some vital life decisions, too.

You may want, or need to, delay retirement. If so, you’ll have plenty of company. These days workers are opting to “downshift” into retirement by working part-time or longer than they’d originally planned.

A study from Putnam Investments found that 7 million retirees have returned to work within 18 months. Among those, 32 percent said financial reasons prompted their decision.

Close to four out of 10 who went back said if they could do it differently, they would have saved more in their company retirement plan.

On the up side, those who do return to work generally take advantage of their chance to catch up or get ahead. For example, they save 11 percent of their income on average. And their household income average $86,600, far higher than the typical $54,200 annual income for non-working retirees, Putnam found.

‘Lie’-bor, Or The Art Of The Lie And Your Money
Retirement Investing vs. 'Performance Delusion'
The Problem Isn't Madoff, It's You
Will Social Security Be Your Only Hope?
What Is An ETF? Three Simple Answers
What Is Investment Management? A Primer
Essentials of Powerful Long-Term Investing
Frugality Is The First Step Toward Financial Success