Importantly, wealthy people invest with a fuller understanding of the real sources of risk. For instance, what’s the most dangerous thing about do-it-yourself investing?

Ready for this? The danger is being right, even once. 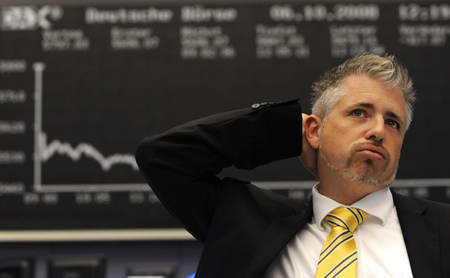 Let me explain: Psychologists have long talked about “hindsight bias,” the notion that when things go the way you expect, the outcome is somehow the result of your own intelligence. It’s part of the brain’s need to impose order on an essentially disorderly world.

The reasons can vary, but the result is the same. You know the feeling, that “I just knew it” vibe when things turn out the way you expected.

The problem is, it’s a trick of the mind, according to findings cited by ScienceDaily:

Research shows that we selectively recall information that confirms what we know to be true and we try to create a narrative that makes sense out of the information we have. When this narrative is easy to generate, we interpret that to mean that the outcome must have been foreseeable.

The problem for investors is that hindsight bias feeds overconfidence. We begin to believe in the “hot hand” effect. Like a basketball player who sinks three shots in a row, we start to take bigger chances, betting on wilder plays, hoping that luck is on our side for good.

“Paradoxically, the technology that provides us with simplified ways of understanding complex patterns — from financial modeling of mortgage foreclosures to tracking the flow of communications among terrorist networks — may actually increase hindsight bias,” psychologist Neal Roese of the Kellogg School of Management at Northwestern University told ScienceDaily.

How wealthy people invest with less risk is by recognizing the problem of hindsight bias. They never mistake a good run with their own talent.

If they want to take a risk on an idea, they do it in their business or direct investments, where they can actually control matters. But not in the markets.

How wealthy people invest in the financial markets is by allowing those markets to act on their own accord, then using a balanced, risk-adjusted portfolio to capture gains when they happen, rather than attempting to predict them in advance.

Retirement’s New Normal
October Stock Market Crash: Myths and Realities
Robert Arnott: Leave Emotions Out of Investing
Are You a 'Yo-Yo Diet' Saver? Time for Simple Investing
Financial Planning For Volatile Times
Saving Your Sanity In Volatile Markets
Learn From Black Friday For Retirement
What Kind Of Retirement Investor Are You?