The headlines have a strangely unreal ring about them these days.

The Federal Reserve’s easy money policy is either about to end or last for years more, housing is in recovery or it’s an illusion, and people aren’t buying cars because they apparently don’t want to drive anyway. 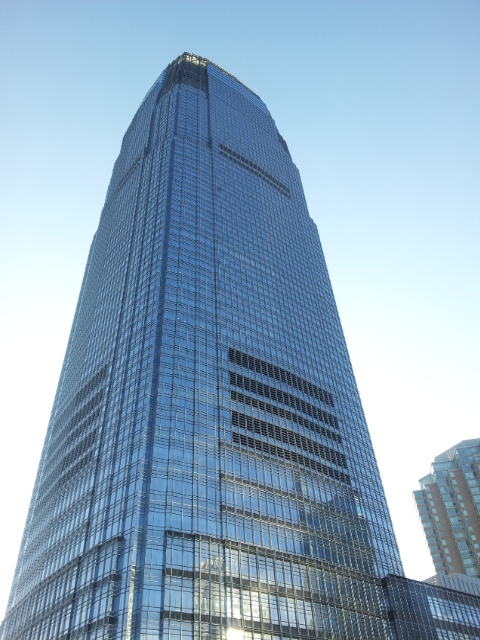 If you’re not familiar with the concept, hedge funds are run by active managers who attempt to avoid losses, which is a form of market timing. They often use leverage to amplify gains and invest derivatives and similarly exotic instruments. In short, they’re traders, big time.

It’s a strategy that has had some success in the past, as well as some catastrophic failures. But why hedge funds? Why now?

The Goldman argument is that ordinary investors need help. Specifically, that they need protection from the downside of the market, which seems to show up every few years like clockwork.

Hedge managers love crazy markets. Their aim in life is to ride those rogue waves to ever-higher peaks while avoiding the crashes in between. Goldman’s spin is to take the concept to the retail market.

They don’t expect anyone to put a lot of money into hedge funds. It’s being sold as an alternative strategy to complement core holdings, presumably the ordinary stocks and bonds that make up most retirement plans.

It’s easy to see the attraction of the whole idea: You get access to the minds of Goldman Sachs at a very low minimum, just $1,000. A kid mowing lawns for the summer could afford it.

Yet the fees are incredibly stiff, as high as 3.30%, unless Goldman decides to raise them later, which it could, to as high as 4.03%. (Call it an early investor discount, if you like.) Morgan Stanley and Blackstone are launching similar funds.

That’s expensive for a mutual fund in a retirement account. It’s cheaper, though, than what the big clients pay. Typical hedge funds cost 2% of assets managed and then 20% of any profits. You have to wonder whether Wall Street will end up cannibalizing its own business here.

A way around hedge funds

For retirement investors, though, the question remains open. How does one avoid the risk of falling into a market trap?

The fact is, you can get access to non-traditional investments easily and cheaply with a well-designed portfolio that uses very inexpensive exchange-traded funds.

An effective retirement portfolio does not rely solely on U.S. stocks and bonds to be “balanced.” In fact, it holds several asset classes, including foreign stocks, emerging market bonds, commodities and real estate.

Rather than paying a firm to trade those holdings actively — generating trading commissions along the way, plus substantial risk — the better strategy is to own them passively and to rebalance as market forces create temporary winners and losers.

It’s not rocket science, and it’s certainly not worth losing sleep over — or paying unusually hefty fees for yet another manager.

Are You Smarter Than a House Cat?
Understanding the 'Great Rotation'
Understanding Target-Date Retirement Funds
The Upside To Investing When News Is Bad
How Often Should You Check Your Retirement Fund?
The Simple Reason Investors Are Leaving Hedge Funds
Do I Own Enough Stocks? Too Much? How To Check
Harness The Power of Early Saving