Economic recovery 2013? One of the most annoying aspects of the economy over the past few years has been the stubbornness of the recovery we already have.

You could chalk that up to the severity of the recession — it was a scary deep dive, after all — but that would be missing an important point.

The last recession ended officially in June 2009, when the National Bureau of Economic Research marked the beginning of our current slow, but ongoing, expansion. It doesn’t feel like a recovery because most normal recessions are sharp and short, the so-called “V-shaped” recession where a decline is matched by a nearly vertical leap back to normal. 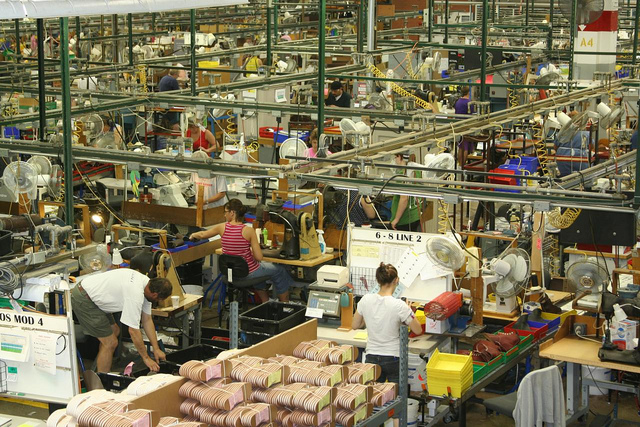 That obviously hasn’t happened. But that it hasn’t, doesn’t mean it can’t. Consider these thoughts on economic recovery 2013 from Larry Fink, CEO of investment giant Blackrock. He told Fortune that a “much stronger” recovery could be right around the corner:

Fink says the combination of the rise of the Chinese consumer along with an abundance of cheap natural gas could lead to a manufacturing boom in America.

“I was just with a CEO of a large company who said he was closing a plant in Germany and opening one up in America,” says Fink. “Cheap natural gas is going to spur a manufacturing renaissance in the U.S.”

Of course, in the hazy media blur of the final days of a presidential campaign, it can be easy to conclude that whatever happens Nov. 6 will set our economic course forever.

If you’re as hard-nosed a thinker as Fink, you know that the occupant of the White House is really just one factor in the equation, and that he or she is as much a participant in the process as any of us. Whatever party prevails, the incoming president will face exactly the same problems, exactly the same resources and, largely, the same political faces for and against his or her ideas, all the way down the line.

That’s not to say elections don’t matter, just that they don’t decide much about the course of a long-term investment plan. Fink’s point about natural gas, for instance, is virtually missing from the national debate. Cheap energy does help drive recoveries. A high jobless rate at home does make the country more competitive on a wage basis. Yet we don’t talk about these facts.

Meanwhile, a new survey by USA Today of 48 top economists from across the political spectrum, conducted Oct. 15 to Oct. 18, demonstrates a consensus conclusion that economic recovery 2013 is on its way. The economy will keep on growing well into next year, they conclude, first below 2%, then gradually up to 2.8%.

Astounding? No. And far from the kind of economic recovery 2013 Fink suggests. But as the economists begin to process newer data, that tune could change, and fast.

Where does that put you as an investor? In or out? Buy or sell?

First, consider that economists often are terrible prognosticators, really no better than the average person flipping coins. The reason their consensus opinion on economic recovery 2013 is for a gradual, sloping-upward recovery is a short-term view of recent positive changes combined with a bias toward believing that recessions are followed by recoveries, not more recession.

In their defense, they could be asked again in two weeks and have a different opinion. And the economists wouldn’t be wrong to change their minds based on whatever new data has come out.

Second, consensus opinions are smooth by design. Some of these men and women might have a very dim view of 2013, while others think a strong recovery is baked in, as Fink suggests. Are any of them wrong? Nobody knows, but certainly the outliers in one direction or the other must be mistaken. Again, not their fault. New data, new ideas.

The right way to invest, of course, is not based on the combined data of dozens of economists, however smart they might be. Nor on the passing comments of a money manager, however respected.

After all, while energy has gotten cheaper, low natural gas prices don’t imply instant factory investments at home. Building back American manufacturing, both the skills and the infrastructure, will take years. Economic recovery 2013 could actually begin but not be apparent for several years to come.

Nor should you invest on the presumed outcome of a presidential contest, one way or the other. Rather, adopt the view that changes, both good and bad, will have incremental effects. We went through a terrible crisis of confidence in 2008 and 2009. It can be easy after such a scare to see monsters in every shadow.

But serious investors look out over decades, buy a balanced portfolio of stocks, bonds and hard assets, such as the iShares S&P SmallCap 600 Index ETF (IJR) and Vanguard Total Stock Market ETF (VTI), then rebalance as the markets make the mistakes that markets always make.

You don’t really have to know what will happen regarding economic recovery 2013 as long as you are positioned to capture the gains where they happen along the way.

Sentiment Investing: You Can’t Win If You Don’t Finish
Are You Smarter Than a House Cat?
Best Investments For Stock Market Beginners
Be Ready For The Next Market Decline
Bombproof Your Retirement Portfolio Now
Hedge Fund Chief: 'Sorry' For Losing It All
The Reason You Buy Bad Stocks: Good Stories
Brexit: A Case Study In The Danger Of Trading The Headlines