What would be worse for a major U.S. city: Learning that your town will host an upcoming Olympic Games or a large-scale weather disaster, such as can happen with big storms?

As Hurricane Sandy turns into a snowy blast across the Northeast, we must pause to consider the real human toll it will take. Lives have been lost (often people who had the misfortune of being under falling trees), and the damage will reach into the billions and billions. We do not mean to make light of the suffering of some and the inconvenience of many from big storms.

Nevertheless, you probably will read over the coming few days a lot of media pieces about the cost of big storms and, naturally, some nervous scribbling about their impact on the markets and the economy. That got us interested in the actual outcomes of major weather events. 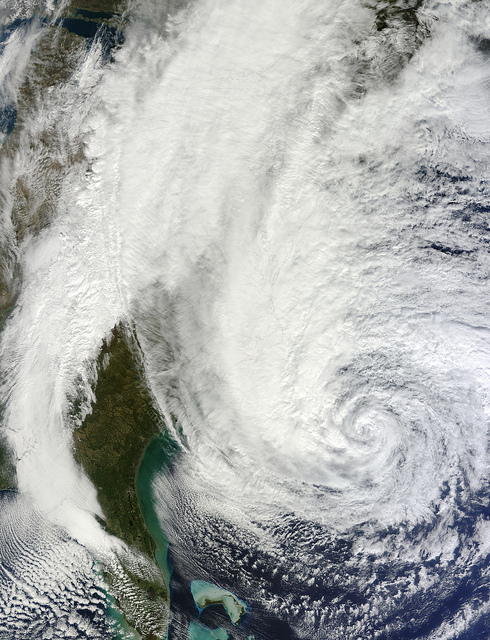 The research is surprising. The New York Times covered this issue back in 2008, following a Chinese earthquake, and concluded from the work of various academics that climatic disasters — big storms such as Sandy — actually speed growth. (Geologic disruptions such as earthquakes and volcanoes do not.)

The reason why is preparedness. As Sandy approached, you saw the various mayors and governors of the Northeast on TV night and day, pleading with people to take shelter and to get ready. Having time to plan helps mitigate losses, which is part of the reason earthquakes are economic drains. They always surprise us.

Once big storms clear, the researchers found, the cleanup generates economic growth by creating work that otherwise would not have existed. Yes, that’s effort diverted from other economic areas, but only if you presume full employment. Hardly a problem these days. Importantly, too, there is necessary spending on new infrastructure.

Not just new, but better and more efficient. Big storms tend to destroy things that are already superannuated or in disrepair. When they are replaced, the newness and added functionality leads to faster economic growth. From The New York Times:

In this model, disasters perform the economic service of clearing out outdated infrastructure to make way for more efficient replacements. It might be seen as Mother Nature’s contribution to what the Austrian-born U.S. economist Joseph Schumpeter famously called capitalism’s “creative destruction.”

As it recovers, the economy actually becomes more productive than it was before, and some economists say that the effect can be seen decades after the disaster.

But what about Olympic games? Surely the spending on preparing for the attention of the entire world for a few weeks of high-level sport must have a strong, permanent impact on an economy?

Yes, it does, says the research: a negative one. Academics Robert A. Baade and Victor Matheson have studied the games and the propensity of cities to prostrate themselves financially before the International Olympic Committee (IOC), as well as private professional sports franchises.

It’s not a pretty picture. In essence, what happens in the run-up to a big sporting event is the opposite of the outcome of a weather disaster. Governments spend on white elephant projects that appeal to vanity and, too often, serve no purpose whatsoever in even the medium term.

Big storms vs. sports: careful what you wish for

Some cities manage to eke out a win, sort of, by not losing money. But most are completely off the podium, financially speaking, in the months after the IOC leaves town. Studying the Atlanta games in 1996 and the Los Angeles games in 1984, Baade and Matheson conclude:

“Diverting scarce capital and other resources from more productive uses to the Olympics very likely translates into slower rates of economic growth than that which could be realized in the absence of hosting the Olympic Games.”

Interestingly, LA did better, largely because it was the sole bidder for the summer games that year. That allowed the city to be more realistic about spending plans related to the staging of the games.

Unfortunately, the normal course of events is for multiple cities to compete for the chance to host an Olympics, guaranteeing losses for years into the future. It’s a classic case of “careful what you wish for.”

Nobody wishes for storms the size and ferocity of Sandy. But big storms happen. Whether the long-term economic impact of bad weather is necessarily bad for an economy or for investors is an open question.

A Bailout Plan That Can Succeed
What's Another $25 billion for Detroit Automakers?
The $700 Billion "No Deal" Deal
The $700B Mortgage/Wall Street/Economic Bailout
MF Global's PIIGS Problem
Congressional Insider Trading and American Hypocrisy