The active vs. passive management debate can seem sterile, perhaps a bit academic. But every investor knows that all-too-ticklish feeling when they get “the call” from a broker. A sales dance has begun, and somebody will end the call let down.

The amazing thing about the financial industry is the degree to which we remain utterly ignorant of its true motivations. There are good brokers and financial advisors in the world, of course. Then there are the guys who are totally in it for themselves.

Problem is, it’s hard to tell the black hats from white — until it’s far too late.

In a recent item in Investment News, we learned about three brokers working in New York and New Jersey who, according to SEC complaint reported by Investment News, “churned” their clients’ accounts. The published story continued:

The brokers generated commissions, fees and margin interest totaling $845,000 while the customers caught in the scheme lost $2.7 million, according to an SEC administrative complaint filed Monday. 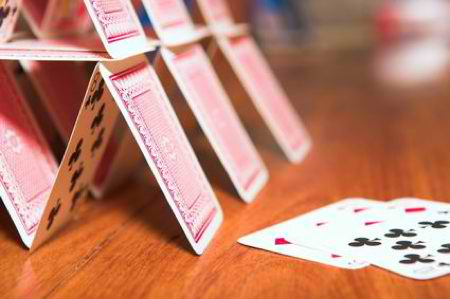 “Churning,” or buying and selling securities solely to generate commissions, is nothing new. Longtime investors know the feeling of that afternoon call. Your broker rings you up to convince you to buy another 1,000 shares of XYZ Widgets or to sell off a winning position because he thinks the stock has run too high. “We’ll buy it back later,” he says. Ka-ching! Double commission…

You have to wonder: Is this a real opportunity, or just a way to rack up sales on a slow Friday?

We’re much tougher, for instance, on auto dealers. (“No, I don’t need those floor mats. No, I don’t want the extended warranty.”) If your doctor or dentist started suggesting elective procedures on a monthly basis, you’d walk away.

Yet we listen to the brokers, hoping that they have some stunning insight the rest of the market has missed. Or that possibly they will save us from a disappointing downturn. The active vs. passive management debate recedes and fear takes over.

The fact is, they can’t. The data show, again and again, that active vs. passive management over the long term is a losing proposition for the active investor. Even if the trades are solid, you still pay the fees, taxes, and trading comissions.

The market is moving in agreement: Assets in exchange-traded funds (ETFs) increased to more than $1 trillion by the end of 2011 from $83 billion in 2001, according to the Investment Company Institute (ICI).

Interestingly, net new cash into mutual funds has been falling. There was a net cash outflow of $100 billion in 2011. The net decline was $546 billion over the past three years, according to ICI. (Total mutual fund assets remains high, at $11.6 trillion, but that number includes bond and money market funds.)

The differences here are important. Shares of ETFs can be traded, but the stocks they hold do not “trade” in the normal sense. Shares are instead shifted back and forth among institutional holders as a tax-saving strategy. That’s the heart of active vs. passive management.

ETFs are both cheap to own and cheap to buy and sell. No broker is going to call you and harass you to average down your basis in an S&P 500 ETF. Why bother? Many trade commission-free already, and dozens more join the pack each year.

It will be a long time before the active vs. passive management debate subsides, but the numbers and the logic — and, importantly, the performance — of the passive approach are on the customer’s side.

Picking Stocks? Get a New Hobby
The Most Powerful Financial Tool Is Time
Down the Money Manager Rabbit Hole
Life On Mars? Money Tricks Our Brains Play
Crazy Markets Can Build Great Retirements
It's Not Different This Time
How Much Money Stocks Can Make You
Warren Buffett's Mentor Explains Why Stocks Go Up — And Down